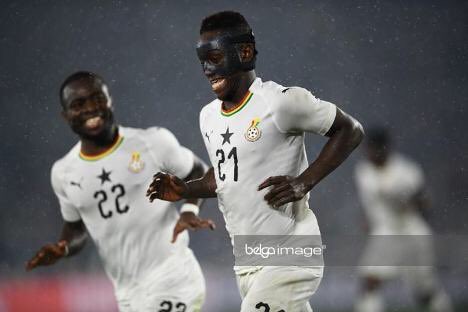 Levante ace Emmanuel Boateng has revealed his delight at his Black Stars debut against Japan in an pre-World Cup warm up on Wednesday.

The 22 year old marked his international bow with a goal and also played a major role in the opening goal as Ghana cruised to a 2-0 victory at the Nissan Stadium in Yokohama.

Captain Thomas Partey broke the deadlock with a free-kick in the eighth minute after Emmanuel Boateng was brought down by defender Tomoaki Makino at the edge of the 18-box.

Five minutes after the break Japan’s goalkeeper Eiji Kawashima gave away the spot-kick that was expertly dispatched by Boateng for Ghana’s second.

He was replaced by Bayern Munich’s forward Kwasi Okyere Wriedt with 7 minutes to the end of the game.