Ghana vs Tunisia: Black Stars tipped to grind out victory 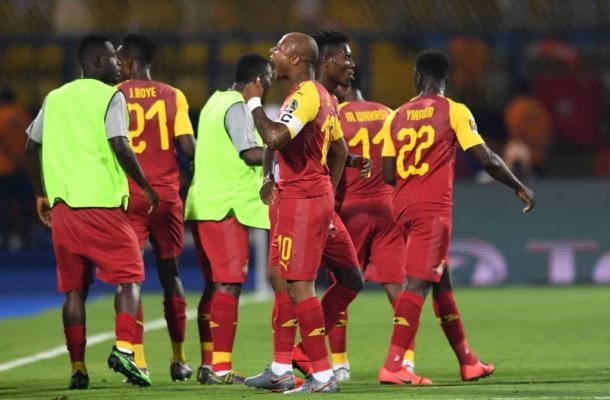 Ghana were more impressive than Tunisia during the Africa Cup of Nations pool stage and are tipped to shade a tight tussle in the first knockout round.

Kwesi Appiah’s side go about their business in a cool, calm and collected manner, which may prove enough to edge out a more volatile Eagles of Carthage outfit.

Having reached six straight semi-finals, the Black Stars are backed to get the job done in normal time for our first Ghana vs Tunisia prediction.

Ghana advanced as Group F winners on goal difference after following up draws against Benin and Cameroon by beating Guinea-Bissau 2-0.

Second-half goals from Jordan Ayew and Atletico Madrid midfielder Thomas Partey helped the Black Stars to end that section on a strong footing.

Wakaso commented: “Now it’s a matter of continuing the work to be more solid for the rest of this competition and achieve our goal.”

Appiah admitted his tactics focus on starting cautiously and then trying to up the tempo as they figure out the opposition.

Tunisia looked on an upward curve at last year’s World Cup, when pushing England close and beating Panama, but have not really maintained that momentum since then.

They lost to Egypt in a qualifier for this tournament last November and also tasted defeat in friendlies against Morocco and Algeria.

In Group E, the Eagles of Carthage had to settle for a share of the spoils in all three games, drawing 1-1 with Angola and Mali before a goalless stalemate versus Mauritania.

Head coach Alain Giresse admitted: “Three draws in the group stage does not satisfy us. It’s up to us to review all this, even if the main aim was to qualify.

“We are going to learn and we have to prepare well for the rest of the competition.”

The performance against Mauritania was particularly disappointing, though, and we are just not convinced by this team.