Ghana winger Christian Atsu ruled out for remainder of 2019 AFCON 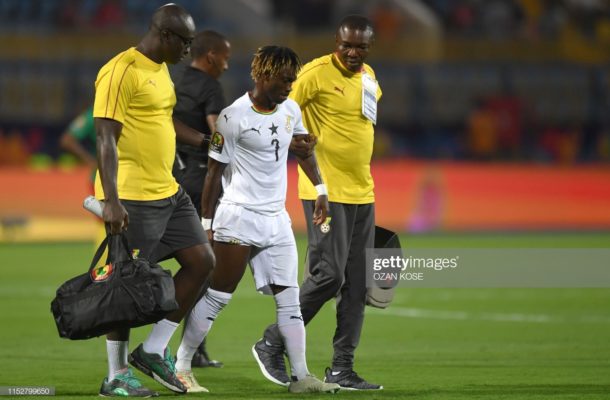 Ghana winger Christian Atsu has been ruled out for the remainder of the 2019 Africa Cup of Nations due to a hamstring injury.

The Newcastle ace picked up the injury during Saturday’s goalless draw with defending champions Cameroon.

The 27-year old lasted only 15 minutes before he was replaced by Samuel Owusu.

A medical report released on Monday by the team confirmed a long layoff.

Atsu is set to depart Ghana camp in Egypt for England to begin his rehabilitation process.

Ghana will face Guinea-Bissau in a decisive Group F clash today at the Suez Sports Stadium. Kick off at 4pm.

The four-time winners will need to beat the Wild Dogs to progress to the last 16 of the competition.