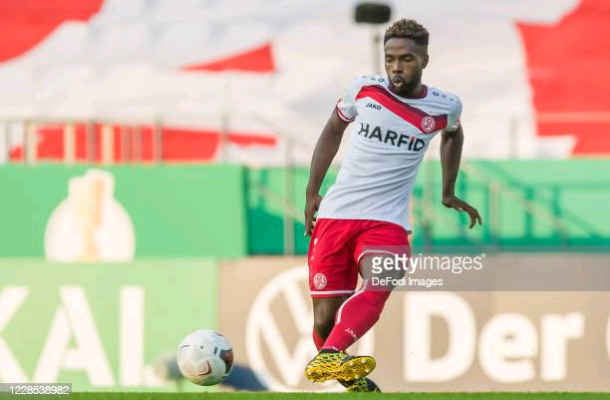 Ghanaian center-back, Daniel Heber has become one of a prime target of Bundesliga giants Borussia Dortmund and Eintracht Braunschweig.

They could make an official bid for the hardworking defender who has made a mark at Rot-Weiss Essen.

The 26-year-old German-born Ghanaian has been a pivot for Rot-Weiss Essen in the German Regionalliga West and has attracted a lot of interest by teams in the second and third tier in Germany as well as Dortmund.

He has featured for the Red and Whites outfit in 95 outings since returning to the club in the summer of 2018 after stints at clubs like VFL Bochum and Oberhausen.

This season the utility defender played in 39 matches out of 40 for his team as they were only beaten to promotion by his suiters Borussia Dortmund II with three points at the end of the season.

Heber was not only solid at the back but was also very good in front of goal as he scored five goals and provided two assists in the 2020-21 Germany Regionalliga West for his team Rot-Weiss Essen. 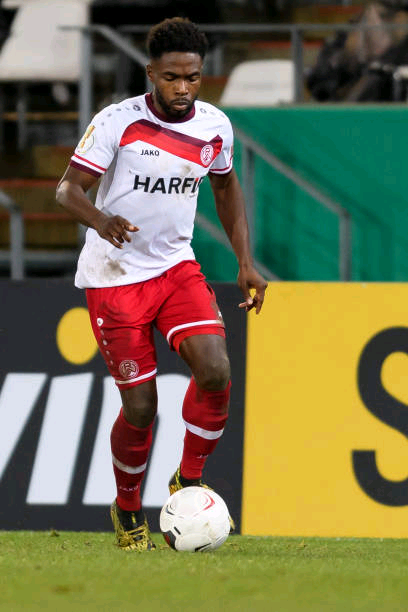 Due to his performance in the league, the 2021 DFB Pokal Champions, Borussia Dortmund have expressed interest in securing the services of the 26-year-old who would join BVB II for a season or two before his promotion to the senior squad.

Eintracht Braunschweig have also expressed keen interest in the strong center-back who keeps attracting interest from a hosts of clubs in Germany after a marvelous campaign.