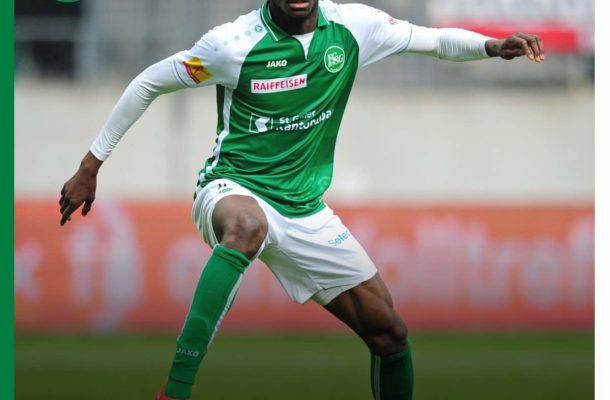 Ghanaian defender Musah Nuhu has been rewarded with an appearance in the Swiss Super league team of week after his stand out performance for his side FC St Gallen over the weekend.

The former WAFA  defender was in imperious form at the back as he played the entire duration of the game with his partnership with Basil Stillhart water tight despite conceding one goal at home.

Musah Nuhu alongside St Gallen teammate Boubacar Traorè have both been named in the Switzerland Super League team of the week for their impressive outing.

FC St. Gallen have had a topsy turvy campaign so far as they lie 7th on the league log with 12 points so far.

The former academy player has so far made four appearances for his side in the Swiss Super League and will be hoping for more chances with his impressive form.