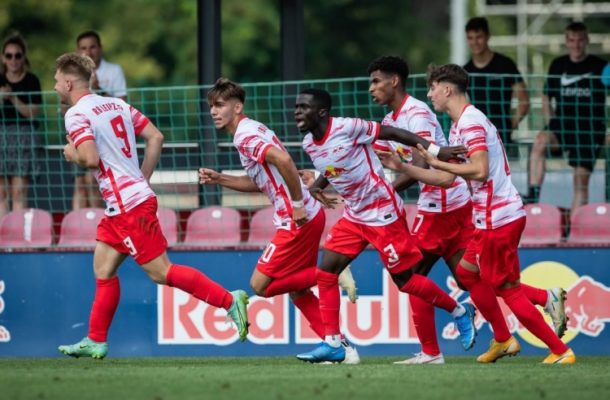 There were two players with Ghanaian descent on show for German side RB Leipzig when they faced PSG in the UEFA Youth League which is the equivalent of the Champions League for youth teams.

Solomon Owusu Bonnah and Ohene Kwame Bonsu played for RB Leipzig on Tuesday afternoon but fell to a miserable 3-0 defeat at the hands of the Parisians.

PSG are not well stocked only in the first team but they have one of the well assembled youth set ups in France and that was on song as they swath aside the tame resistance of RB Leipzig.

The Ghanaian duo have been regulars for the RB Leipzig U-19 set and wil be hoping for a chance to the first team squad very soon.