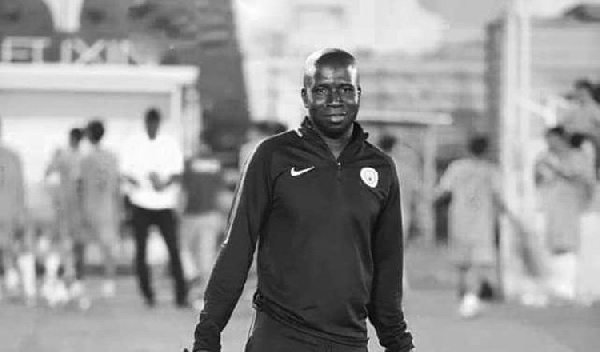 Samuel Amoah died July 23 after a short period of sickness

A Ghanaian footballer playing in one of Cambodia’s second-tier football leagues has passed away and he is likely to be buried in the Asian country.

Samuel Amoah died in Phnom Penh on July 23 after a short period of sickness. He was 28.

With Ghana currently under lockdown and no commercial flight allowed to come in, it is unlikely that Amoah's body would be flown in to his hometown of Techiman for the traditional Ghanaian funeral.

ISI Dangkor Senchey football club, the team Amoah was playing for, expressed their sadness at the passing of the player.

“ISI Dangkor Senchey FC and everyone associated with the football club are deeply saddened by the passing of former player and Academy Goalkeeper coach Amoah Samuel,” the club said in a post on its Facebook page.

“Today we mourn the loss of a great player, coach, and friend. We offer our sincerest condolences to his family and our support and love during this painful time. May he rest in peace,” it added.

ISI Dangkor Senchey FC is one of the teams playing in the KMH Cup, a semi-professional football league run by the KMF Foundation.

Many people from Cambodia and Ghana also went to social media to express their condolences.

In a Facebook post, Richmond Nketiah, a well-known football player in Ghana and a relative of Amoah, said: “I am totally devastated to announce the sudden passing of our Beloved Uncle Amoah Samuel Kornchanok, popularly known by friends and family in Techiman as “Ali”, after a short period of sickness in Cambodia on 23rd July 2020.”

Amoah is a native of Techiman, a town in the southern part of Ghana.

He was only one of the many foreign players who are in the Cambodian League and other football leagues in the Kingdom.

In the Cambodian League alone, there are 52 foreign players, including a big contingent from Africa. Among them are players from Nigeria, Cameroon, Cote d’Ivoire and South Africa.

Amoah is the latest sports personality in Cambodia who passed away.

Before that, Yun Sokunkanha, 18, a promising taekwondo player died after finding herself trapped inside her house in Kampong Speu province during a fire incident.