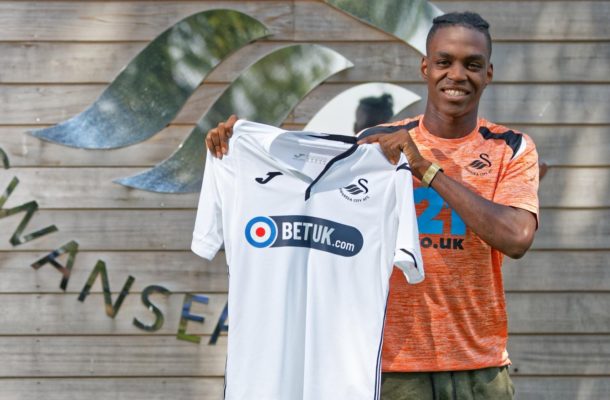 Swedish-born of Ghanaian descent Joel Asoro has expressed his joy after completing a move to English Championship side Swansea City.

The 19 year old joined Swansea from Sunderland on a four-year contract for a fee of £2.5million.

Speedy forward Asoro caught the eye in the Black Cats side despite their relegation from the Championship.

And Swans snapped him up in a bargain deal despite rival interest from several clubs.


"It feels very, very good to be at this club. I have watched Swansea play in the Premier League and I enjoyed seeing them play football. That's the way I like to play football too," Asoro told Swansea's club website.

"It was not easy for me to leave Sunderland. I came over from Sweden to join them when I was only 15. It was a bit hard, but I wanted a new challenge."