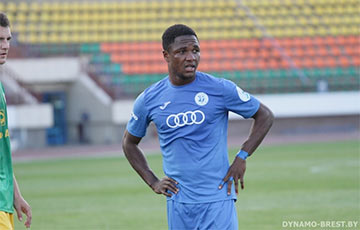 Ghanaian forward Joel Famaye has set a unique achievement after steering Dianoma Brest to victory in the 2018 Belarus Cup.

Mozolevsky achieved his feat in the 2006/07 edition of the cup also with Dynamo after scoring in six games in a row (9 goals in total).

In addition, Fameye is the only football player in the history of the Belarusian Cup, who played in all matches of his club, beginning with 1/16 finals and ending with the final.

The former Ghana U20 striker netted 8 times throughout the entire tournament.