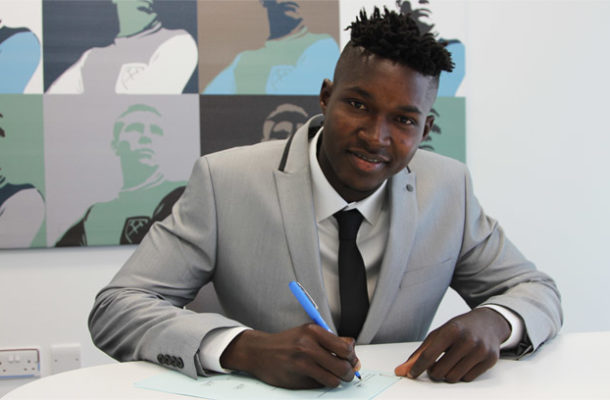 The promising 18-year-old stopper put pen to paper on a three-year deal after spending one year with the youth side of the Hammers.

The three-year deal sees Anang commit his future to the Hammers until 2021.

This represents a major breakthrough for Ghana as he becomes the first goalkeeper since Richard Kingson to sign for a club in the big leagues of Europe.

The teenager was naturally delighted to sign his first pro terms and looked ahead to working even harder to progress further in east London.

“Today is a very proud day for me. It has been a long time coming for me but 100 per cent, everything I have worked for so far has been worth it for this day," Anang said.

“It hasn’t been easy for me. From when I came to West Ham and every day since then, I have worked very hard.

"For me, I have just concentrated on doing that, working hard and doing my job and seeing what happens.

“So to sign today is a great day for me and I’m very proud.”

Having joined the Club as a Scholar in July 2017, Anang had to wait patiently for his debut whilst international clearance was obtained.

He gained valuable experience and insight last season when he trained regularly alongside first team goalkeeper Adrian and the senior squad.