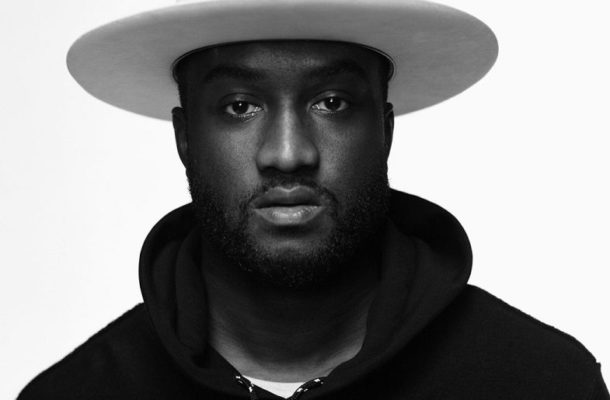 Ghanaian-American Fashion Designer, Virgil Abloh has been named as one of the World’s 100 Most Influential People.

TIME released the 2018 list of its annual TIME 100: The Most Influential People.

This year’s list contains legends, as usual, but also for others whom 2018 is an outstanding year, for whom 2018 is “their year.”

Actors, painters, musicians, businessmen, political leaders, athletes – people from all walks of life who are making strides this year have been recognised.

Abloh who is currently the artistic director of Louis Vuitton’s men’s wear collection was named in the list.

Read below a note by Takashi Murakami, an acclaimed Japanese artist about Abloh

A little over 10 years ago, Virgil Abloh, relatively fresh out of graduate school, visited my office in Tokyo while working with Kanye West. I had no way of recognizing the shy youth’s talents that were to blossom in the years to come.

Fast-forward to June 2017. Virgil visited my exhibition at the Museum of Contemporary Art Chicago the day before it opened and told me how he had been inspired by my multicolor monogram collaboration with Louis Vuitton. I proposed a collaboration between us, and we quickly realized our art exhibition at Gagosian London. Through our collaborative and creative process, I came to know the nobility of his character. Every­thing from the way he works to how he uses his time to how he makes his judgments is principled. The foundation of his value, or branding, is humanity itself, not a superficial trick.

Kids’ fervor for the stripe patterns and arrow marks he created for his fashion label, Off-White, is not a passing trend; rather, it shows how Virgil’s young followers, with their unclouded eyes, have been seeing right into the core of his creativity all along. With his appointment as artistic director for Louis Vuitton’s menswear, his full merit will be understood even more widely around the globe