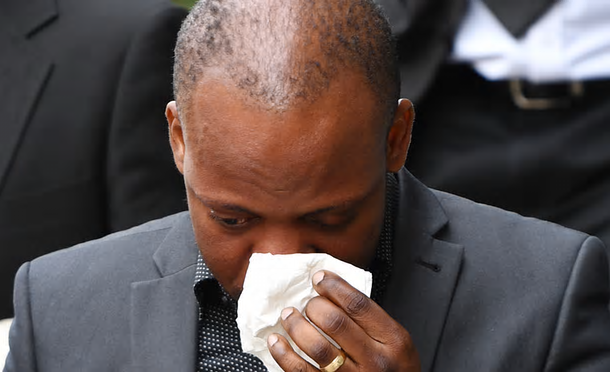 A Ghanaian pastor has been cleared of the charge of murdering his British wife after an inquest in England found no evidence of killing or murder.

Eric Adusah was exonerated of the charges of unlawful killing as the inquest on Thursday also ruled out suicide and accidental death.

A 30-man strong delegation from the pastor church in London trooped to court to hear their pastor freed because there was no evidence of murder or his involvement in Charmain Speirs' death.

The family of Charmain Speirs called for an inquest into the death of their daughter after rejecting an earlier judgement by a Ghanaian court that  closed the case for lack of evidence.

Charmain Speirs, 41, who was reportedly pregnant at the time, was found lifeless in the bath of a hotel room in the city of Koforidua in March 2015, two days after her husband Eric Adusah had returned to the UK, the inquest in Chelmsford heard.

Mr Adusah, a Christian preacher from Ghana, was arrested on suspicion of her murder by local police but the case was dropped due to insufficient evidence, the inquest heard.

Recording the medical cause of death as acute opiate poisoning, she said: "Because there wasn't sufficient evidence for any of these possible conclusions, I'm going to return an open conclusion."

She added: "We shall never quite know what happened. There just isn't the evidence.

Earlier Mr Adusah, who wore a wedding ring, had asked Ms Randall: "Is there any way you could find out how it (heroin) got in the body?"

He continued: "I wasn't there but my name has gone everywhere and I have no idea what happened.

"I don't know how it got in her body. My wife never took that in the house. I never saw her do anything like that."

Speaking outside, Ms Speirs's mother Linda said: "It is still hanging over him. It's open, so it will hang over him for the rest of his life."

She told reporters that it would "definitely" be impossible for her daughter to inject or put heroin into her own body.

Ms Speirs's mother and step-father Peter were at the hearing along with Mr Adusah and around 30 members of his congregation from the Global Light Revival Ministries in north London.

The inquest heard that the body of Ms Speirs was found by staff at the Mac-Dic Royal Plaza Hotel after she did not check-out at midday on March 20, 2015, as scheduled.

Ms Randall, who conducted the second post mortem after the body was returned to Essex where Ms Speirs lived, said her examination was limited by the fact the body had been embalmed and more than eight months had passed since her death.

The Ghanaian post-mortem examination was conducted within a week of the death, when blood and urine samples could be analysed, and heroin was detected.

Ms Randall conducted tests on hair and found no traces of opiates, suggesting no evidence of long-term drug use. Further toxicology tests found traces of morphine and other substances.

She conducted an external examination of the body and found no evidence of assault, and also found nothing that suggested death from natural causes.

The second post-mortem examination recorded the medical cause of death as unascertained.

She said she could not rule out "interference with the mechanics of breathing while intoxicated".

Detective Inspector Stuart Smith, of Essex Police, said officers were notified of the death by the National Crime Agency.

He said police in Ghana did not request assistance with their investigation.

"It's my view that there's been a significant police investigation with judicial oversight," he said. "There's no direct evidence linking (Mr Adusah) to the death of the deceased."

Ms Speirs, who had lived in Ronald Drive, Rayleigh, Essex, grew up in Scotland and spent several years in Swansea where she worked for the NHS.

The coroner extended her sympathies to loved ones, noting Ms Speirs was a "striking-looking, attractive woman who had a bright future in front of her and it's very clear that she was much-loved".

Mr Adusah is leader of the Global Light Revival Ministries Church based in Tottenham, north London. It describes itself as a growing international, multi-cultural Christian church and also has a branch in Edinburgh.