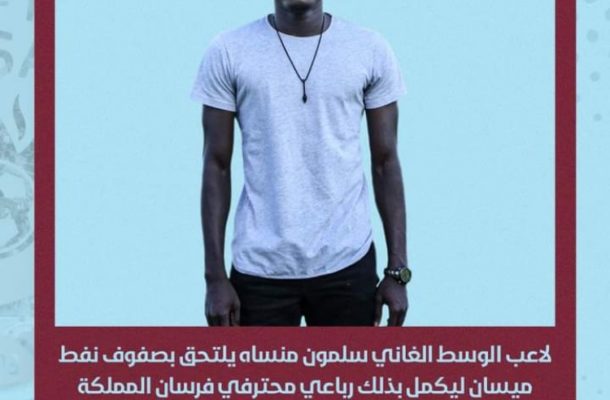 Ghanaian defensive midfielder Solomon Mensah has completed a transfer move to Gulf region based side Naft Maysan FC in Iraq.

The 29 year old midfielder has signed a one year deal with his new side after departing relegated Egyptian Premier League side Aswan SC.

Mensah had a good season with his Egyptian side Aswan SC despite their relegation after making 40 appearances and providing two assists.

Before joining the Egyptian side he had played for Lebanon side Shabab Al Sahel the previous season playing 13 matches and helping his side win the Lebanon Elite Cup in 2019.

He has in the past played for Bechem United and was part of the triumphant squad that won the MTN FA Cup in 2016 while also playing for Tema Youth and Fairponit FC.