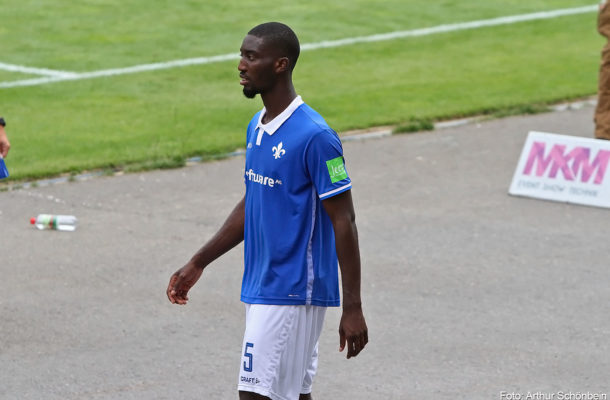 Defender, Patric Pfeiffer has expressed his excitement after his late strike won maximum points for Darmstadt in their Bundesliga II victory against Hannover 96 on Sunday afternoon.

The youngster netted the match winner for Darmstadt as they defeated Hannover 96 3-2 at the Merck-Stadion am Böllenfalltor.

Pfeiffer was in hand to secure all three points for Darmstadt with virtually the last action of the game after both teams had traded goals in the opening 62 minutes of the encounter.

‘‘The team helped me a lot and made it easy! I can’t describe the moments after the goal.

‘‘It was important to extend the distance between Hannover. We want the best from the season.” the centre-back added.

Patric Pfeiffer is of Ghanaian and German parentage and still remain eligible to feature for either country in International football.