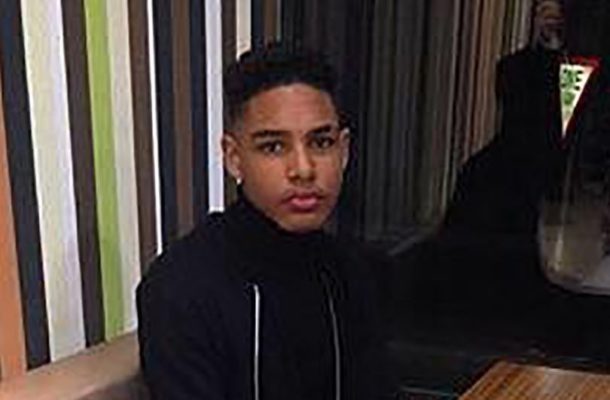 A 17-year-old Ghanaian boy, Dominic Ansah has been murdered in a double stabbing incident in Milton Keynes (MK), England.

Dominic Ansah was stabbed to death at a birthday party along with Benjamin Rice, also 17, after gatecrashers reportedly turned up uninvited.

The two were killed in a "shocking altercation" on a quiet housing estate in Milton Keynes, Bucks.

Chilling pictures revealed the blood-stained door of the property where the attack is said to have happened.

One boy died at the scene while the other was rushed to hospital, but sadly could not be saved.

Another two men aged 17 and 23 suffered serious injuries during the brawl, which are not believed to be life-threatening.

Detectives believe there were between 15 and 20 people at the party.

All those involved are likely to have known each other.

No arrests have been made and police are appealing for information.

One neighbour who knew the victims suggested the stabbing was related to a house party nearby.

One woman, who asked not to be identified, said: "Various people were coming to the house where there was a 'Happy Birthday' banner draped above the front door.

"I saw a young girl get out of a taxi and go into the house early on in the evening and by 11pm there was lots of music coming from inside.

"That in itself was unusual because this place is normally very quiet, even on a weekend evening.

"It seems that it could have been one of the 17-year-old's birthday party and it has all gone horribly wrong.

"This is a very quiet area normally and there is never any trouble.

"It looks to me that some people have gatecrashed the party and then there has been trouble, ending up with two young lads being murdered.

Another suggested the violence could be "gang related".

Police are urging anyone with information to come forward.

Detective Chief Superintendent Ian Hunter said this afternoon: "Tragically, as a result of this incident, one 17-year-old boy died of his injuries at the scene and a second boy, also 17, was taken to hospital, where sadly he also died.

"Two other males, one aged 17 and one aged 23, were also injured as a result of this incident, which occurred at a private house party at the address.

"Clearly this is a dreadful incident and we are in the very early stages of the investigation.

"We have deployed significant resources and it is, and will continue to be, a fast moving investigation led by our Major Crime Unit.

"Our thoughts go out to the families of the victims and we have deployed specially trained officers to support them."

Cops will remain on the scene at Archford Croft for several days while the investigation continues, Det Chief Supt Hunter added.