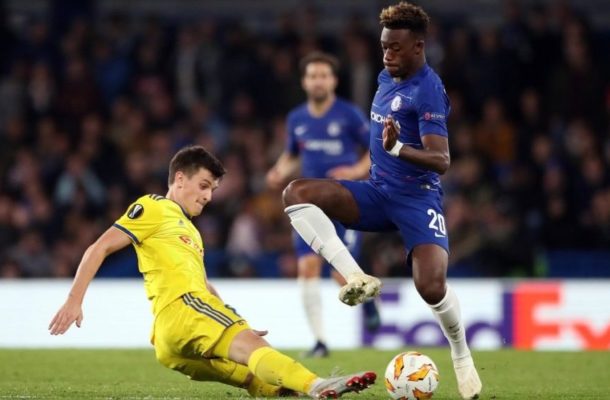 Hudson-Odoi, 17, enjoyed 30 minutes in his maiden Europa League game for the London-based side after replacing forward Pedro Rodriguez on the 60th minute mark.
Ruben Loftus-Cheek scored scored an incredible hat-trick of the night at Stamford Bridge to clinch all three points for Maurizio Sarri’s side who remains unbeaten in their three Europa League games.

The Blues are now unbeaten in 13 games this season, third in the Premier League table, in the last 16 of the Carabao Cup - after negotiating a tricky tie at Liverpool - and could book their place in the last 32 of the Europa League with two group games to spare.