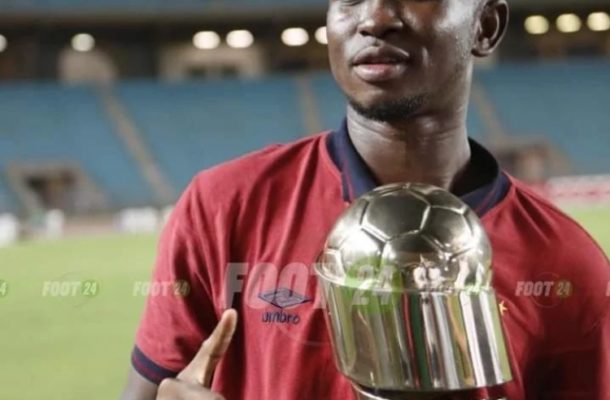 Ghanaian youngster, Precious Boah won his first trophy with his Tunisian side Esperance on Saturday after they defeated CS Sfaxien to win the  Tunisian Super Cup in Rades.

The Super Cup is an annual match between the Tunisian League Professionnelle 1 champion and the winners of the Tunisian Cup.

As expected, the game got off to a fierce start but both teams lacked the cutting edge in front of goal as they missed clear cut chances, with the first half ending goalless.

Esperance stepped up their game in the second half and got the winner three minutes before the hour mark courtesy of Anayo – who beat goalkeeper Mohamed Hedi Gaaloul.

Having received a fine pass from a teammate, the Nigerian winger unleashed a first time shot past Gaaloul before sprinting to the technical area to celebrate with Jaidi.

That proved to be his maiden goal for the Tunisians as well as the only goal of the encounter as the Juventus of the Arabs failed in their quest to restore parity.

With the ambition of claiming the title for a record sixth time, the Ghanaian youngster was named in the starting XI by manager Radhi Jaidi in the keenly contested affair inside Rades’ Stade Olympique Hammadi Agrebi.

Boah who was handed a start lasted 45 minutes before he was hauled off.

The Ghanaian forward joined Esperance from Dreams FC this summer after signing a four year contract.

Precious Boah, 18, was an integral member of the Black Satellites team that lifted the Africa Youth Championship in Mauritania early this year.