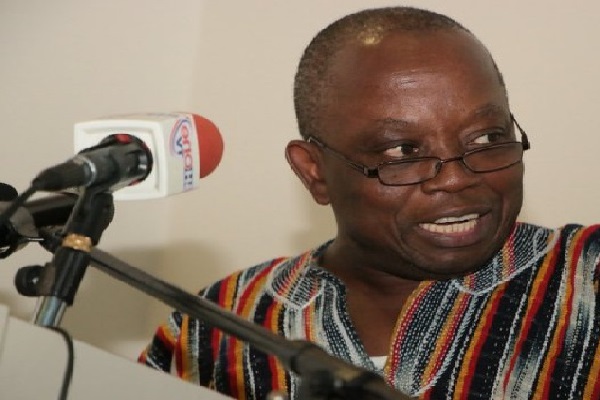 Our hypocritical attitude is obviously a factor that is retarding our progress as a country.

Surprisingly, all so-called neutrals and Civil Society Groups who were loud once upon a time have gone quiet; yes they are all quiet because their darling man is now the President of Ghana, and so, they have suddenly turned blind and deaf.

A. V Dicey’s Principle of Rule of Law has been under attack since Nana Addo Dankwa Akufo-Addo was sworn in as President on January 7, 2017.

Cast your mind back to the unprecedented dismissal of an EC Chair, Madam Charlotte Kesson-Smith Osei. The independent Electoral Commission Chairperson was unconstitutionally sacked from office and none of us spoke against it.

Just look at how ACP Dr Benjamin Agordzor was illegally handled. This Senior Police Officer was detained for over three months for no wrong done.

Media Men have not been left out of this unwarranted victimization and intimidation including Manasseh Azure formerly of Joy FM and Edward Adeti of Starr FM.

The worst of it all is the murder of an investigative journalist, Ahmed Hussein Suale.

Today, it’s the turn of the Auditor General, Mr Daniel Yaw Domelevo. A man who has discharged his constitutional duties dispassionately, independently and diligently. He has been consistent with his quest to unravel rots and eliminate corruption in the Public Sector; an act which President Akufo-Addo and his appointees have demonstrated they are not in support of, and so, doing everything humanly possible to get rid of him.

I personally do not blame the President for his gross display of hatred for the Auditor General, rather, I blame the millions of Ghanaians including the castrated Peace Council, the Christian Council, Some CSOs, the Media and some so-called neutrals who have decided to not speak against and criticize the President when he goes wrong.

May I take the opportunity to commend the venerable Prof Kweku Asare his for constant show of statesmanship and patriotism. This a classical example of a man living with Principles.

Yes, President Akufo-Addo’s government may have succeeded in uprooting Charlotte Osei, and victimizing the likes of, ACP Agordzor, Manasseh Azure and Edward Adeti, talk less of murdering Ahmed Suale, we should all be up this time round to protect the Auditor General Mr. Daniel Y. Domelevo.

It will be of no surprise that those who have gone quiet today may suffer same treatment by Akufo-Addo someday.

Let’s stop being hypocritical and use same energies we used to criticize President Mahama to do same to President Akufo-Addo.