Ghana's friendly match with Ivory Coast ends in a stalemate 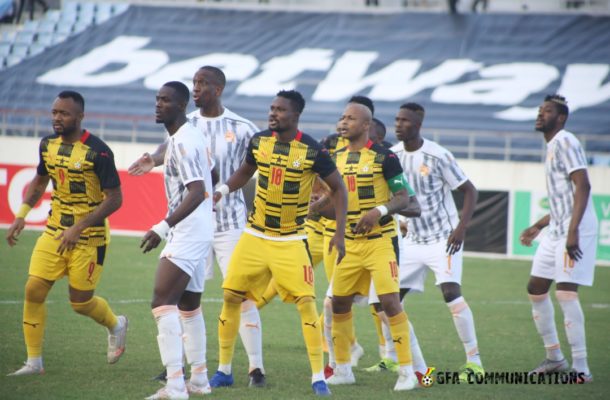 The Black Stars of Ghana played out an entertaining draw with African giants Ivory Coast in a friendly match at the Cape Coast Stadium.

It was a game which defensive resistance stood tall against attacking prowess and efficiency as both sides had numerous chances to have opened the scores but missed them.

The away side caused more problems to the Ghana backline than the docile Black Stars attack who threatened sporadically throughout the game.

Sebastian Haller should have opened the scores of the match in the opening minutes but missed the post by a whisker after a one two with Wlifred Signo.

The Ajax striker had earlier headed wide from a Sangare cross following a good spell of pressure from the Ivorians.

Ghana's only notable attack was a ferocious drive from Arsenal midfielder Thomas Partey which drew a smart save from Ivorian goalie Sylvan Gbohou.

Just before halftime the Ivorians nearly took the lead but for the alertness of Daniel Amartey who diverted Jeremie Boga's cross wide.

The away side returned from recess the better of the two teams as Ghana lacked any attacking invention from their forwards who were lethargic all afternoon.

Frank Kessie had a good chance which was deflected wide for a corner kick but the Ivorians wasted the resulting corner kick.

There was a raft of changes in the second half as Joel Fameyeh came on for Emmanuel Gyasi and Alexander Djiku who appeared to have picked a knock was replaced by Abdul Ismael Ganiyu.

For the Ivorians, Amad Diallo and Max Gradel all came on in the second half of the game but could not alter the complexion of the game.

The Manchester United youngster Amad Diallo nearly opened the scores after some amazing dribbling inside the box but Abdul Ganiyu blocked his shot.

None of the two sides was able to break the deadlock as the game ended in a stalemate with Ghana without a win in their last two friendly matches.