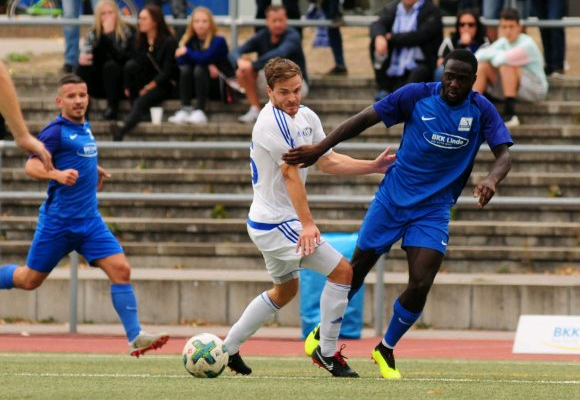 Young midfielder Raphael Assibey-Mensah was on target for TSV Schott Mainz as they lost in the Regionalliga Sudwest match against his next club to join VfB Stuttgart II, grabbing a total of 13 for the season.

The German-born Ghanaian  played full throttle for his team as they suffered a 2-4 defeat at home to the Red and Whites on final day.

The opening half of the match saw only one goal which was scored by Marco Pasalic to give Stuttgart a deserving first half lead.

Two minutes after the break, Marcel Sökler made it two to the visitors before grabbing his brace on the 52nd minute mark to put Stuttgart in a healthy 3-0 lead.

Sixty-six minutes into the game, Assibey-Mensah scored a consolation for the home team but Thomas Kastanaras scored again for the visitors to restore their three goals advantage.

At the death of the entertaining encounter, Janek Ripplinger grabbed another consolation goal for the Blue and Whites as they lost on the final day.