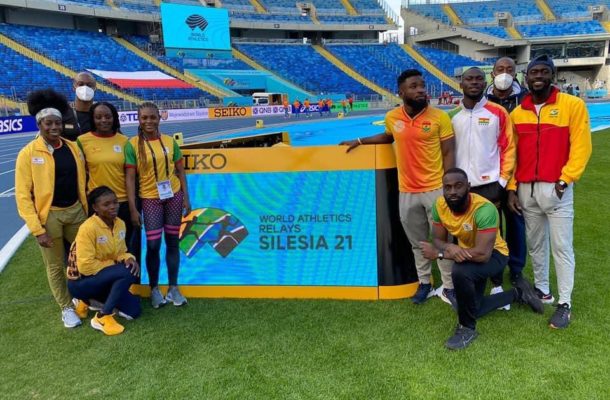 Ghana's 13-Member athletics team made up of male and female relay athletes and officials are currently in Silesia, Poland, to compete in the World Athletics Relays to qualify for Tokyo 2020 Olympic Games to be held this summer.

The events will begin on Saturday, May 1, 2021 will see Ghana compete with France, Brazil, Netherlands, Japan among others who have fielded teams for the championship.

The Ghana Athletics Association (GAA)-facilitated competition is fully funded by Government through the National Sports Authority (NSA) and the Ministry of Youth and Sports.

Government through its various agencies the National Sports Authority (NSA) and the Ministry of Youth and Sports helped facilitate Visas and tickets for the contingent while also providing $10,000 for their accommodation.