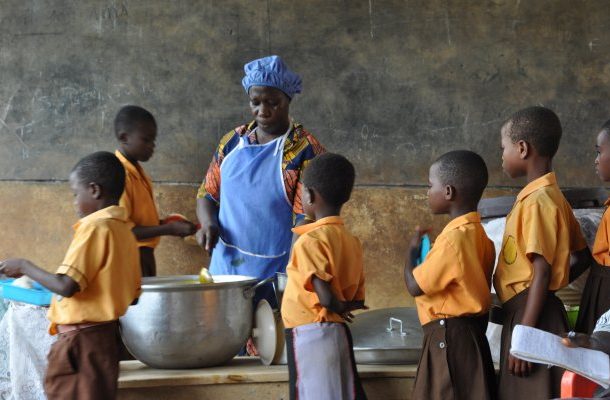 The Ministry of Local Government and Rural Development is demanding an investigation into circumstances under which a payment of approximately GHS229,000 was made to two women for no work done in connection with the National School Feeding Programme.Gladys Fumira Laari and Gladys Larry received the monies but failed to provide food for five schools in the Garu Timpane district of the Upper East Region in the 2014/15 academic year.Seven assembly members in the area have filed a petition at the presidency and sent a copy to parliament asking for investigations into the role played by the District Chief Executive (DCE), Albert Akuka Alazuga, in what they suspect was a fraudulent act.Responding to the issue, the Ranking Member of Parliament on the Local Government committee in parliament, Kwasi Ameyaw Kyeremeh, accused the ministry of attempts to cover up the matter.He has, therefore, asked the police, Bureau of National Investigations (BNI), or the Economic and Organised Crime Office (EOCO) to launch a thorough investigation into the matter.“This is a very serious allegation which borders on crime. So, if it is a criminal matter as is being alleged, monies have been paid and monies have been received. The people admit that they received those monies for no work done. There is an allegation that there is a principal actor in this whole matter, being the DCE, so the appropriate quarters is for the police or the BNI…to go into the matter,” he suggested.According to him, “They have taken it too lightly and I am not very comfortable by the ministry. Probably, I can say that they wanted to sort of cover up the matter so that it does not come up, but it is already in the public domain. It is not a matter that you can sweep under the carpet,” he told journalists on Friday August 5.Source:ClassFMonline.com