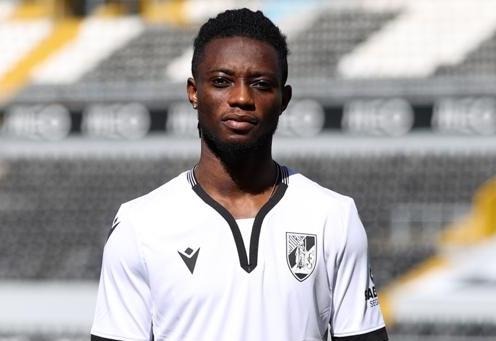 Ghanaian full back Gideon Mensah is a player in demand as several clubs especially in the French Ligue 1 are circling for his signature.

The 22 year old defender is currently on loan at Portuguese side Vitoria Guimaraes but will leave at the end of the current season when his loan spell comes to an end.

He has been in good form this season for the Portuguese side alerting four French Ligue1 clubs namely Lille, Saint Etienne, Stade Reims and Bordeaux.

The Ghanaian will return to his parent club Red Bull Salzburg in the summer as his loan club do not have the financial means to make the deal permanent.

Red Bull Salzburg are not averse to the idea of selling the Ghanaian full back to raise funds in the summer.

Gideon Mensah has made 22 appearances this season for Vitoria Guimaraes in the Portuguese League.

He will play for Ghana during next months two International friendlies against Morocco and Ivory Coast.