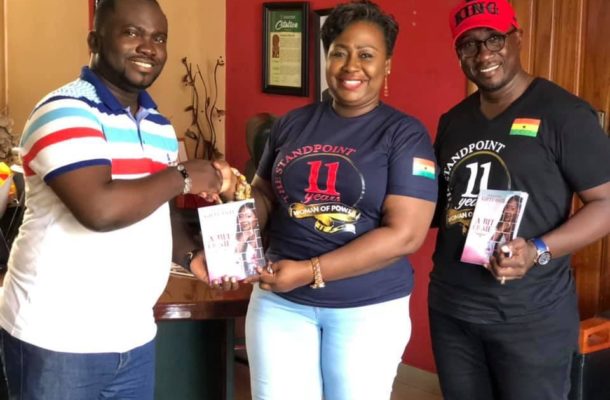 One could say it was expected but probably not that much.  “A Bit Of Me” seems to be a need as many have rushed for it, to have a great feel of its content.

Out of the 500 copies that were published, over 400 copies were bought during the book’s dedication.  The book is the first of its kind to be authored by renowned Television personality, Oheneyere Gifty Anti.

‘A Bit Of Me’ was dedicated Saturday, July 6 at the Trinity Baptist Church, opposite UPSA, Madina road during the “Women Called To Worship” event.

The event which had Reverend Eastwood Anaba as the Guest Speaker was successful as Gifty sold over 90percent of the first order of her work.

Oheneyere, however, in an interview told Ghanaguardian.com that one can get a copy of the book for GH₵50.00; adding that a pre-order can be made through mobile money number 0543618182.

She explained that after payment is made, one can then take a screenshot as proof of payment and send to the same number, and a copy will then be reserved.

Meanwhile, Oheneyere is expected in Kumasi, the Ashanti regional capital, on Monday, July 8, 2019, where she will be speaking at the National Youth Conference of the Assemblies of God Ghana church, to be held at the Queens Hall of Kwame Nkrumah University of Science and Technology (KNUST).

An opportunity will be seized to sell some copies of the great work of Gifty with a book signing going for Ghc 100.