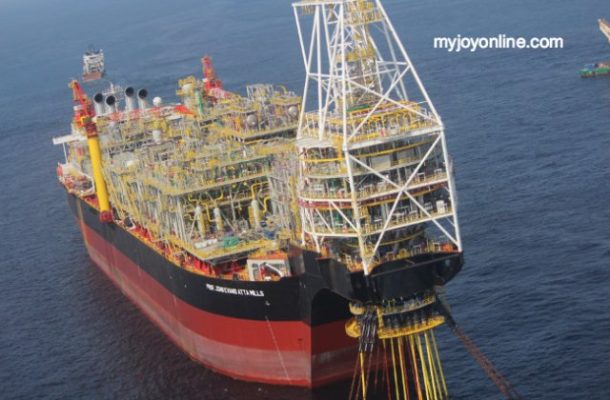 The Chief Executive of the Ghana National Petroleum Corporation (GNPC), Alex Mould says crude oil from the Tweneboah Enyera Ntome (TEN) field would be refined by the Tema Oil Refinery (TOR) only if the refinery is in a position to pay for allocations supplied.

Ghana’s second oil field, TEN Field is finally expected to pump its first oil next week. It has the capacity to produce about 80,000 barrels of oil daily.

Project Director, Terry Hughes, however, tells JOY BUSINESS, an average of 23,000 barrels is to be produced daily and ramped up in due course.

Mr. Mould tells Joy Business, TOR would receive significant volumes of crude from TEN once all the required processes are completed.

"The Teman Oil Refinery (TOR) has been neglected in the past  in terms of investments but now there is a programme to make it sustainable over the years. GNPC has been discussing with the refinery and BOST to see how e can have our crude oil refined in the refinery," he said.

Mr Mould said it requires a financial instrument to be given to GNPC as a guarantee for payment in case of any late payment if they have not received their payment from the sale of the petroleum produce that they will sell.

He said that is a normal process that any seller and buyer of crude oil do, adding "TOR do open letters of credit either through BOST or TOR itself to buy crude oil, so they will do the same for our crude oil."

"GNPC's crude oil, the Jubilee crude and the TEN blend is crude oil that can be refined in the refinery. It is the chemical specification of that the refinery was built for, so there is no issue with regards whether it can be used or not," he stressed.

He said TOR is still working on the refinery and putting things in place and once they are in a position to do that, GNPC is ready to ensure that we allocate to them some of our crude oil and we can have discussions with our partners to ensure that our domestic supply requirement, part of it is given to the refinery.

"That means they have to buy it from our partners and GNPC is willing to assist them in doing that purchase," Mr Mould said.