‘Go home so others could get to the top’ – Sup. Rtd. Toobu to IGP 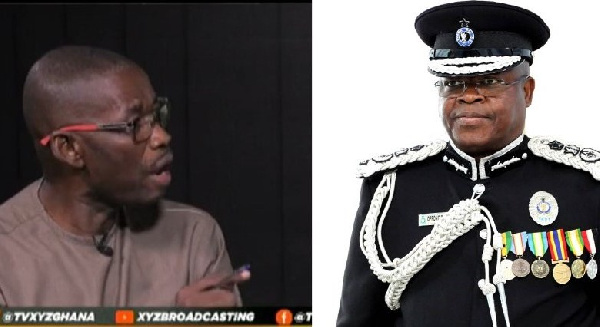 Member of Parliament for Wa West and an ex-police officer, Sup. Rtd. Peter Toobu, has lashed out at the Inspector-General of Police (IGP) James Oppong-Boanuh for seeking his selfish interest to the detriment of thousands of cops in the country.

Toobu who was an executive secretary to a former IGP, David Asante Apeatu, said on the Gumbe Show on TV XYZ that there are several Commissioners of Police who are competent to take over the IGP position but Oppong-Boanuh’s contract extension has blocked their opportunity.

He noted the situation has diminished the morale of police personnel and added it has gravely affected how crime is combated in the country.

He said police personnel used to retire at the age of 55 until the 1992 constitution came and then it was changed to 60 years hence every one that attains the retirement age must go home.

“…Even with that today, someone [IGP] who retired at 60 was asked to stay for a while. What are you staying in for? Your time is up, go home for others to get the opportunity to also serve,” Toobu told host Mugabe Maase.

His comment comes on the back of calls for the IGP to resign owning from the fact that the crime rate in the country has escalated in recent times, leading to the death of some security personnel.

The IGP who has been criticised for not doing his best in combatting crime in the country hit back at his critics after visiting the family of the officer who was slain in the Bullion Van attack on Monday.

“We are doing what we can to protect the people of Ghana. There is no society in the world where there is no crime. Even in the USA, UK, and Sweden, where they, more or less have everything, they still have crime. The only place that doesn’t have crime is heaven and we are not in heaven,” Oppong-Boanuh fired back.

But Toobu believes Oppong-Boanuh should resign and give others whose time is due to take over the office.

“The position is like a ladder but when you have reached the top and you have decided to be there, denying others of the opportunity. They look up and they ask themselves ‘when would I get there?’. They ask because time is running up. Someone has attained the age of 59, hoping to be Commissioner of CID, IGP then you realize someone is 62 years and still in office,” he lamented.

Toobu further revealed, “when such people are denied the position and they retire at the age of 60 [without having a feel of the top positions they were due for], they go home scorned, because someone blocked their opportunity.”

The former police officer and the politician is not the only security expert calling for the head of the IGP in recent times.

International security analyst Adam Bonaa has also descended on Oppong Boanuh, saying he has been incompetent in fighting crime in the country, thus must be kicked away by President Nana Akufo-Addo.

He said crime-fighting is at its worst in the country while IGP looks on helplessly.

“From the beginning of last year and this year, we have recorded some of the very gory, dastardly crimes,” Bonaa said on TV3’s New Day programme.

“You know one of the MPs in the Central Region was killed and the President did tell the IGP to catch him or what will happen will happen. Nothing has happened to the IGP and the killers are still out there and it is business as usual,” he added.