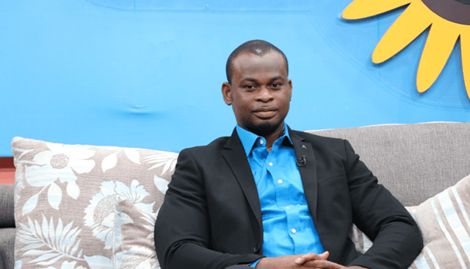 This is nothing new as research conducted by various institutions across the globe have proven that sex cures headaches faster than some painkillers.

According Dr. Dennis Bortey, a Public Health professional, instead of using a sore head as an excuse to refuse sex, making love can be more effective than taking painkillers.

He stressed that there is no medicine that works as fast and cures headache than sex.

He said, sex is medicinal and encourage that couples have it as often as possible to prevent ill health.

Dr. Bortey who said this while contributing to discussions on GhOne’s television show― ‘Duvet’, narrated how upon medical examination, directed a patient to go home and have sex.

The medical practitioner bemoaned the Ghanaian attitude of seeing sex as offensive thus, the subject is hardly discussed or talked about. “We need to demystify that,” he said.

For couples who shunned sex or failed to engage in the activity regularly, Dr. Bortey said they may look older than their age.

Using himself as an example, Dr Bortey said, people always doubt he age since he looked younger than 44.

His secret, he said, was good sex that makes him glow almost always.

“Sex is a good thing, it makes you younger all the time…the more you have it, the more glowing you look be it a man or a woman,” he said.

Some men have complained that their wives usually developed headaches around bedtime, leaving them with no choice than to allow the woman have her deserved rest.

But Dr. Bortey says the best cure for headache is that three-letter word, Sex and it is as natural as it comes.

Researchers have suggested that sex triggers the release of endorphins, the body’s natural painkillers, through the central nervous system, which can in turn reduce, or even eliminate, a headache. Source: The Publisher