Google expands its flood prediction system to cover whole of India; here is why it is relevant 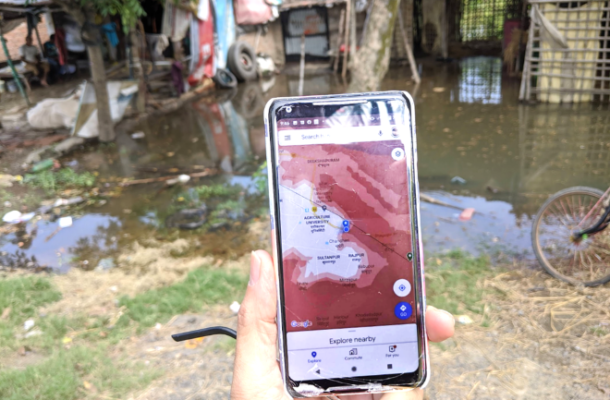 Google flood warning: Google has announced that its flood prediction service would now cover the entire India and parts of Bangladesh. The feature uses machine learning and identifies those areas which are vulnerable to floods and it would alert the users before the area gets flooded. The tool had been launched in Bihar’s Patna two years ago, and the giant says that they were working with the local government and slowly expanding it. It added that just when monsoon was about to arrive in June, they covered all the flood-prone areas in the country.
The Google technology helps in disseminating the government alert to wider targeted users. The giant said that this translated to Google being able to help in protecting over 20 crore people living across 2.5 lakh square kilometers. This was over 20 times the coverage it had last year. So far, Google has sent 3 crore notifications to users in flood-hit areas. Apart from this, Google said that around 4 crore people in Bangladesh would also now be able to receive notifications regarding floods. It is also working to expand its prediction system throughout Bangladesh.

Google added that it had partnered with Yale to understand how they could improve their system, and it announced that now, it has launched a new forecasting model. This model, it said, would lead to doubling of the lead time for many of the alerts, and this would, in turn, give more notice to governments and give crores of people extra time to prepare for the disaster. It added that it is also providing the users with more information on the when and how much water would likely rise. As per reports, Google researchers have stated that in over 90% of the cases, they would be able to provide the users with the correct prediction about the water level, with a margin error of 15 centimetres.