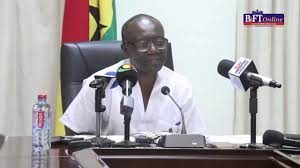 Government  has finally released funds for the payment of a 4 year allowance shortfall  to Teachers.

The development was confirmed by the Vice President, Alhaji Dr. Mahamudu Bawumia on Thursday,who said over 14 million cedis has been released by the Finance Ministry to clear outstanding arrears owed teachers from 2013 to 2016.

Various teacher unions had been negotiating with government to settle all monies owed them,but the government failed to honour its promise, after including it in the 2017 budget.

Teachers last months  threatened a nationwide strike if their arrears were not settled by the government as soon as possible.

The arrears include vehicle maintenance allowance, transfer grants and transport and travel allowances, which amounts to over 50 million cedis.

Speaking at the opening ceremony of the 5th Quadrennial (52nd) national delegates conference of the Ghana National Association of Teachers (GNAT) at the University of Cape Coast on Thursday, Dr. Bawumia revealed that :“The Minister of Finance released the monies for those allowances yesterday,” he said to a thunderous applause from the teachers.

He however could not tell when the rest of the amount  would be paid to the teachers.

He said the gesture further demonstrates government’s commitment towards education, noting that government still believes the teacher is key in its education agenda.

Dr. Bawumia had earlier reiterated that the NPP government inherited a  “broken economy”, yet it was able to deliver a number of its campaign promises, citing the payment of allowances to teacher trainees and trainee nurses .