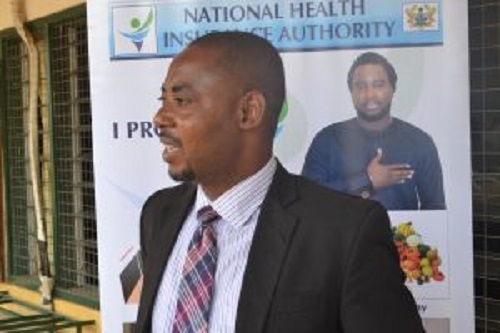 The national insurance policy has run into funding difficulties, with managers of the Scheme desperate for additional and reliable sources to get out of the quagmire.

At a media briefing in Wa in the Upper West Region last Tuesday, the Regional Director of the Scheme, Mr Abass Suleymana, said the supervising National Health Insurance Authority had proposed taxes on tobacco and alcohol as one of the ways to improve funding for the Scheme.

“We are exploring ways to improve revenue sources for the Scheme, and this is one of the proposals,” Mr Suleymana said at the event which also coincided with the Scheme’s regional mid-year review.

Taxes on tobacco and alcohol, sometimes cynically referred to as sin taxes, have proven a worthwhile revenue source for many governments because of their inelastic demands – where a change in price, even if it is an increase, does not occasion a corresponding decrease in demand.

In the mid-year budget review, Finance Minister Mr Ken Ofori-Atta, announced an adjustment in the Value Added Tax structure that now improves the VAT component of the National Health Insurance Levy.
Yet, with a national subscription of about 10.5 million people, the Scheme’s burden continues to increase quickly.

Mr Suleymana stressed that financial sustainability of the Scheme and delays in reimbursement of service providers due to huge volumes and values of claims were two of the challenges that confronted the Scheme’s operation.

Other challenges of the Scheme, he noted, were illegal charges on insured members and the high cost of medicines.

Indeed, with a well-touted generous benefit package to subscribers, the Scheme’s managers have said that the current subscription renewal costs generated from a narrow group of subscribers who pay for their subscription hasproven inadequate.

This notwithstanding, Mr Suleymana said the NHIA was focused on “ensuring financial sustainability through innovative measures” that included digitisation of membership registration across the country.