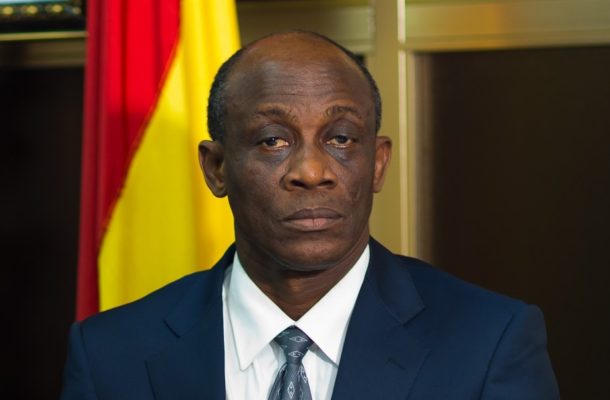 The Finance Ministry's consistent lowering of the cap on the Ghana Stabilisation Fund (GSF) could ultimately defeat the purpose for which the Fund (GFS) , according to The Institute for Fiscal Studies (IFS).

This follows the ministry's recent announcement that the cap on the fund, which was reduced from US$250 million to US$150 million, had further been reduced to US$100 million.

"The continued depletion of the Stabilization Fund, whose closing book value at the end of 2015 was just US$177.4 million, weakens its capacity to help sustain critical public expenditure when oil prices decline. It also has the propensity to cause more borrowing by the government to plug revenue shortfalls," the IFS said in its review of the supplementary budget".

The Fund had a balance of US$379.19 million in 2014 when the Finance Ministry announced a cap of US$250 million, which allowed the excess amount to be channeled into a contingency fund to allow for debt servicing.

A year later even as petroleum revenues fell, the Finance Minister lowered the cap on the fund to US$150 million, and transferred the excess to the Sinking Fund to be used for debt servicing.

For the third year running, the Finance Ministry, in the 2016 mid-year budget review, announced a reduction of the cap to US$100 million which would mean that the excess would be transferred to the sinking fund for debt servicing again.

Government will thus move an amount in excess of US$74 million into the sinking fund, as its bid to raise another Eurobond this year has been met with demands by investors for excessive yields.

In 2014, after the Minister of Finance had set a cap of US$250m on the fund, the Public Interest and Accountability Committee (PIAC), the statutory watchdog for oil revenue management in Ghana, questioned the legality of setting the cap below the balance of US$319m being held in the fund at the time.

PIAC took the position that the PRMA had been misinterpreted by the Minister of Finance to justify the withdrawal of US$176m from the GSF, when the Minister was entitled to withdraw US$107m instead.

PIAC has subsequently been against the Minister's shift from a fixed to a moving cap on the GSF, warning that it weakens savings accumulation in the fund and has negative consequences for budget financing--the main goal of the GSF.

The Public Interest and Accountability Committee said government must place a fixed cap on the fund to enable it accumulate more funds for future use.

Professor Paul Kingsley Buah-Bassuah, PIAC's Chairman,  said the act of moving the cap would deplete the fund and make it impossible for the government to rely on it to finance its budget in the near future.

"In order to promote the growth of the Stabilisation Fund, the capping policy must ensure a long period of accumulation of transfers into the fund to withstand fiscal shocks that may be caused by fluctuating oil prices. This can be achieved by a higher capping of the fund than is the case now."

According to him, "the moving cap can assist you to go lower after setting the threshold; the fixed cap will allow you to accumulate a lot of money before you go for money over the excess to finance your budget."

before you go for money over the excess to finance your budget.".