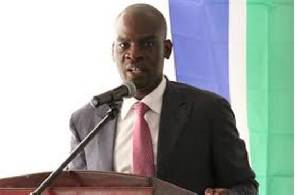 Public workers across all sectors are to enjoy a 12.5 percent pay rise, a source has told Myjoyonline.com.

According to the source, the Public Sector Joint Negotiation Committee has concluded discussions on the base pay increment and arrived at the rate.

It is unclear when the increments will take effect.

But it is being speculated that the 12.5% increase in salaries may take effect on January 1, next year.

This, has, however, not been confirmed.

Negoations for salary adjustments have been ongoing for some time now.