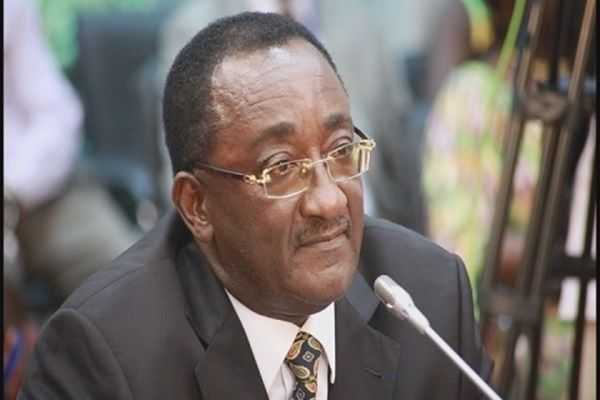 The government has earmarked 286 cocoa roads for construction at GH¢13.6 billion, the Minister of Food and Agriculture, Dr Owusu Afriyie Akoto, has told Parliament.

“It is important to note that the contracts have been programmed to have a duration spanning between 12 and 48 months. The entire review process and project preparation was done upon several engagements and consideration with major stakeholders,” he said.

Dr Akoto stated that when he answered a question by the Member of Parliament (MP) for Adaklu, Mr Governs Kwame Agbodza, about how many cocoa road contracts had been awarded since 2017, which method of procurement was used in selecting the contractors, and how the ministry intended to pay for those projects.

The minister said with the assistance and guidance of the Department of Feeder Roads and the Ghana Highway Authority, various procurement methods — including competitive tendering, restricted tendering and single source processes — were used for the award of the contracts.

He said the competitive process attracted over 800 contractors in the tendering process.

“In all, 40 road contracts with a total length of 328km were procured under the competitive process at a cost of GH¢496 million,” he said.

He indicated that there were also 69 road projects covering a total length of 651km that were procured under restricted tendering procedures at GH¢1.6 billion.

“The remaining 30 to 40 per cent is deferred and scheduled to be paid within 12 months after project completion. This is to provide respite for COCOBOD to manage the cashflow requirements,” he said.

The minister added that COCOBOD had programmed to finance the cocoa road projects through a four-year COCOBOD budget cycle relative to the life span of the contracts.

“The life span of the 40 competitive tendering, 68 restricted tendering and 150 projects (predominantly feeder roads) range from 12 to 24 months, and their payment falls within the four-year budget cycle.

“It is important to note that one project (Nkawkaw-New Abirem road) is funded through a joint venture arrangement between COCOBOD and Newmont Ghana Gold Limited,” he said.

He added that in the case of 27 projects (predominantly highway/trunk roads spanning a period of 24-48 months averagely), payment arrangement had been negotiated with the contractors based on proof of working capital and the ability of the contractors to mobilise and commence works.

Under this novelty approach, he said project execution and payment were tied to an agreed milestone completion, stressing that “up to about 60 to 70 per cent of the contract price was paid upon the successful completion of the project”.

He further said the programme had been prioritised, giving premium to the national competitive tendering contracts that attracted bidding from over 800 contractors who participated.

“Funds are always made available with little delay to ensure works progress smoothly,” he said.