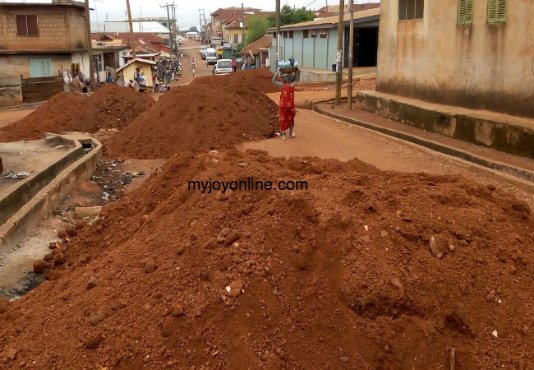 Member of Parliament (MP) for Manhyia North  in the Ashanti Region is decrying what he calls selective political justice in the construction of roads in Kumasi.

Collins Owusu Amankwa notes that while the transport Ministry is lying about the completion of Krofrom town roads in his constituency, common streets in some perceived National Democratic Congress (NDC) strongholds are enjoying heavy bitumen.

He told Luv News the Ministry’s reaction to his parliamentary query on when work on  Krofrom town roads will resume, was deceptive as areas like Dechemso Krofrom experience the negative effects of deplorable roads.

Many streets within the Asawase constituency- Aboabo, Sawaba, Parkoso and some Zongos perceived to be the stronghold of the NDC have enjoyed massive asphalting.

"There is this selective justice going on in terms of roads, but government must know that what is good for the goose is also good for the gander. I asked the Minister for Roads and Highways on the floor of Parliament and he only spoke about the background of the contract," Mr Amankwa told Luv News' Erastus Asare Donkor.

According to him, the Ministry lied that a contractual agreement and also the work has also been completed, but if you look around that is not the case.

"I am only as it were trying to push the contractor to resume work. If about financial constraints it must be made known to the public so we know how to all help," he said.

Meanwhile, the Manhyia North MP has started spreading laterite on some of the Krofrom town roads to make them motorable.

He said the NDC government must share road resources equitably.