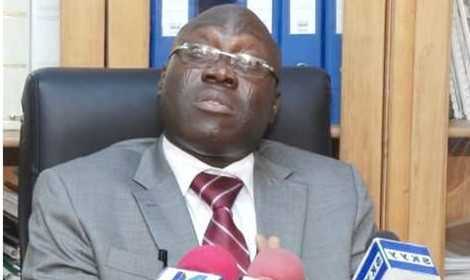 Government has warned that it will terminate the contracts of underperforming road contractors in the Ashanti and Central regions who fail to complete their projects.

Minister of Roads and Highways, Alhaji Inusah Fuseini, gave the warning on behalf of the Ghana Cocoa Board (COCOBOD) which is in charge of cocoa roads at Twifo Praso in the Twifo Atti-Mokwa Constituency of the Central region.

The minister, who was speaking to journalists at the end of a two-day inspection of some ongoing cocoa road projects in the Central and Ashanti regions, said the said contractors have unduly delayed the completion of the projects even though they had received mobilization.

“Our purpose is simply to do a snapshot inspection of the roads, identify those contractors who are not performing, warn them seriously and if they fail to heed the warning, we will terminate the contracts,” he told the press.

This is because we have received incessant reports and complaints from people living in the corridors of the area that some of the contractors who we have awarded the contracts are underperforming, he said

There cannot be any possible justifiable reasons for the delays because the contractors have been given mobilization to start work, he said.

In fact, one contractor confessed that he only reported five months after taken mobilization, the minister said.

He observed that “it is important that having awarded the roads people living within the corridor will feel the presence of the contractors; will appreciate what we are doing to alleviate their hardship. So it should not be a situation where the delay is imposing further hardship on the people living in the corridor.”

The Dunkwa town roads are willfully behind schedule, on the Dunkwa-Obusie roads, the contractor is underperforming, he added.

The delays could threaten the country’s already declining cocoa production capacity this year.

Despite the delays, anytime the contractors raise certificates for payment, they are honoured by COCOBOD, the minister said.

According to the Chief Executive Officer (CEO) of COCOBOD, Dr. Stephen Opuni, who was also on the tour, $300 million was budgeted for the construction of the cocoa roads for the period 2015-2016.