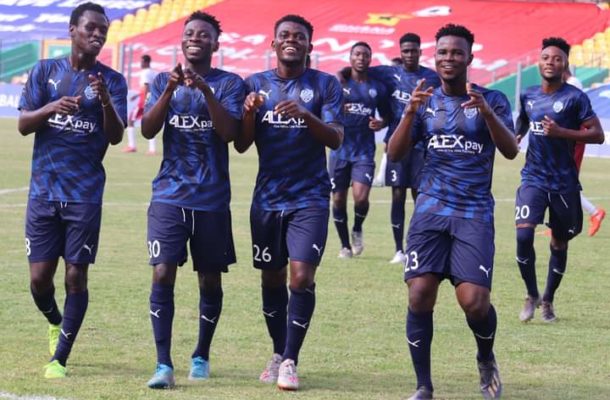 Ghana Premier League debutants Accra Lions defeated Bechem United 2-1 to record their first win of the campaign in the league at the Accra Sports Stadium on Saturday afternoon.

Since the start of the season Accra Lions had drawn two of their matches whiles losing one of them but converted their draws into wins on Saturday.

The new boys hosted Bechem United in their match day 4 clash at the Accra Sports Stadium and gave them a beating.

Accra Lions began on the front foot but the away side held firm as they played the new boys on the break but the host finally found the break through in the 28th minute as Christopher Acheampong broke the deadlock.

It did not take long as the home side doubled their advantage with a goal in the 33rd minute after danger man Salifu Rauf made it 2-0 for Accra Lions.

Accra Lions went into the break with a comfortable 2-0 lead but Bechem United reduced the deficit as Augustine Okrah scored a consolation goal in the second halft to make it 2-1.