GPL: Legon Cities steals a point at Sogakope as WAFA still without a win 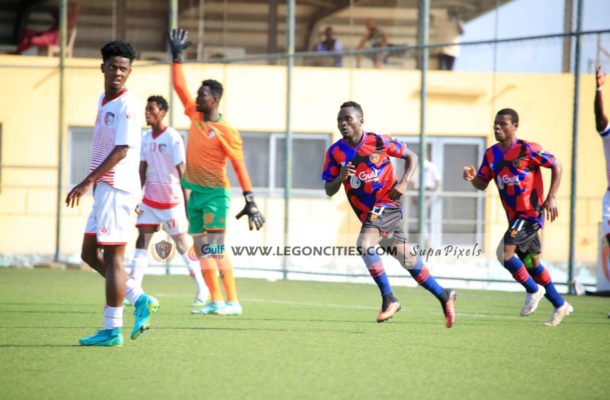 It was a goal fest at the Red Bull Arena in Sogakope as WAFA and Legon Cities shared the spoils in a 2-2 drawn game as WAFA are still waiting for their first win of the Ghana Premier League season after four matches.

Legon Cities bounced back from the 1-0 defeated inflicted on them by Great Olympics in match day three while WAFA could only manage a draw after their 2-0 defeat to RTU.

Asamoah Boateng Afriyie scored in the 83rd minute to give Legon Cities a priceless 2-2 draw against WAFA. Lawrence Agyekum scored the games’ first goal in the 5th minute but that was cancelled by Jonah Attuquaye two minutes later as Legon Cities showed bravery and confidence especially in the first half.

Justus Torsutsey added the second goal for WAFA to restore their lead with a 45th minute strike. With the game almost heading to a 2-1 win, Asamoah Boateng Afriyie smashed home from close range for Legon Cities to give them a point at Sogakope.