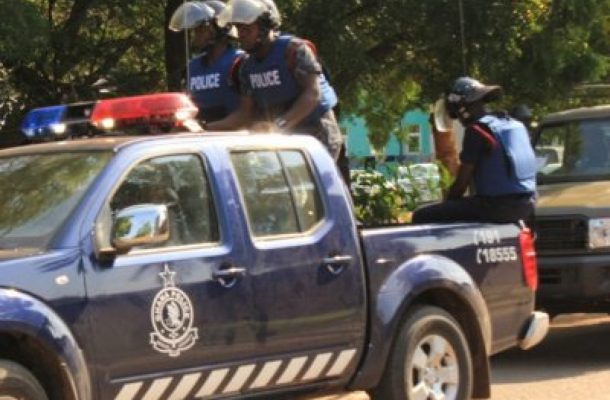 Police in the Northern region have arrested two men with Ak47 assault rifle in Yendi on a tribal festival day.Police Public Relations Officer in the region ASP Ebenezer Tetteh said they were tipped off on Tuesday, 11 October, after the two men were seen in possession of an item believed to be a sophisticated gun on the day Dagombas were celebrating the fire festival.According to ASP Tetteh, the suspects, Baba Yakubu and Alimachie Abdulai were arrested at Chericheri.The two have since been put into police custody while enquiries continue.Police is also expected to investigate whether the suspects had intentions to hide behind the Bugum festival to foment trouble.ASP Tetteh said they would be charged for illegal possession of firearms before a court soon.He described the arrest as "refreshing" after some gunmen opened fire to disrupt a voter transfer exercise at an electoral commission office in Tamale last week.Yendi has remained volatile after many people died and several others displaced in a decade old chieftaincy conflict between the Abudu and Andani families.Source: Ghana/Starrfmonline.com