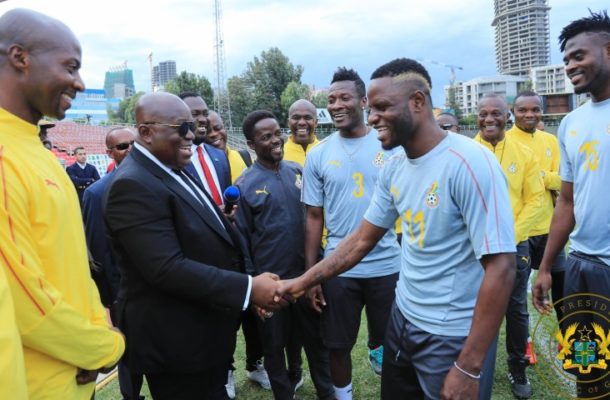 Former Black Stars management committee chairman, Yaw Boateng Gyan has commended the President and the Sports Ministry for the initiative to raise $25million for the senior men's national team.

The President organized a breakfast meeting at the Jubilee House on Monday in conjunction with the Sports Ministry where Chief Executive Officers of state owned enterprises and corporate Ghana were there to solicit for funds for the Black Stars.

He promised the government will provide $10million and urged corporate Ghana to help the Black Stars with the remaining $15million.

Since the announcement there has been a lot of backlash from Ghanaians about that by a wrong priority and a wrong move.

But the Board Chairman of Division One outfit Tano Bofoakwa says the step taken is in the right direction as he strongly believes money play vital role in football.

“It is a very good approach by the president. The steps he has taken is a step in the right direction” he told Gye Nyame FM.

“The targets set too are achievable. The President is a football fan and with the help of the cooperate bodies in raising the $25m, I belief we can achieve it”

“I have always maintained that I will never involve politics in football matters because I was a football administrator before politics, I will always be candid when it comes to sports. Football is the only thing that unites us”

“Whoever thinks money does not play a role in winning trophies does not know his left from the right" he said.