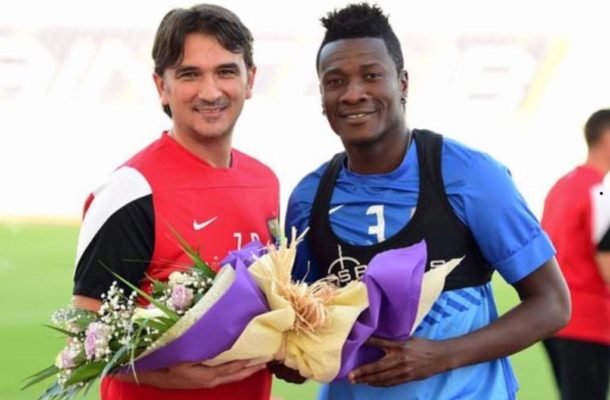 Black Stars skipper, Asamoah Gyan has congratulated his former coach at Al Ain Zlatko Dalic for leading Croatia to their best ever performance at the 2018 World Cup after finishing second behind France.

Les Bleus beat Croatia 4-2 to win their second World Cup after 20 years. An own goal from Mario Manzukic put them ahead in the 18th minute before Ivan Perisic equalized but with seven minutes to end the first half, France took the lead from the spot after a VAR controversy.

Quick goals from Paul Pogba and Kylian Mbappe made sure France had a three-goal lead but an error from goalkeeper Hugo Lloris ensured Mario Manzukic had a redemption if his own.

Ghana finished 3rd in their qualifying group behind Uganda and Egypt for this year’s World Cup and missed out for the first time after making three straight appearances between 2006 and 2014.