Hang on to Captain Smart's words; he makes a lot of sense - Ken Agyapong to NPP 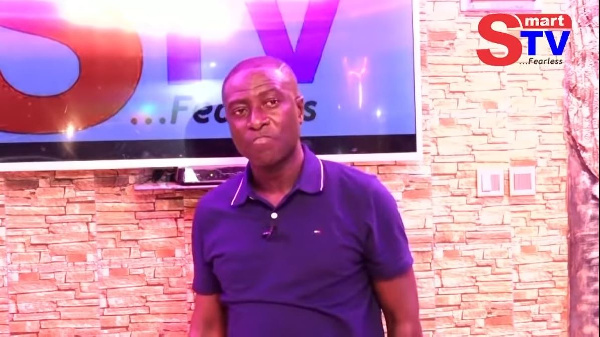 Kennedy Agyapong has admonished the leadership of the governing New Patriotic Party (NPP) to pay attention to Captain Smart as one who makes a lot of sense in his anti-corruption campaign.

Speaking on The Seat show on Net2 TV, the Assin Central MP, said although the presenter sometimes makes unnecessary criticism, his words should not entirely be thrown away by the government.

At the moment, Captain Smart has set up an online TV station, Smart TV where he runs a political show dubbed 'Tutugya', to expose the rot and corruption in the country.

The move to launching his own TV station was finalized after he got suspended form the Angel Broadcasting Network (ABN) last week for using false and damaging remarks about President Akufo-Addo, Vice President, Dr. Mahamudu Bawumia, Alan Kyerematen and the IGP, James Oppong-Boanuh.

Reacting to the development, Kennedy Agyapong stated that inasmuch as Captain Smart is doing well does not mean he can talk anyhow. He advised the outspoken broadcaster to be mindful of the words he uses in his quest to expose the rots in the system.

"Look, Captain Smart should check his words, I'm cautioning him for the last time. Also, I don't mind, he makes a lot of sense and the NPP should listen to him," he said.

But, on the flip side, Kennedy Agyapong believes Captain Smart has no moral rights to talk about the debts owe by others when latter is himself owing people.

According to him, the famous presenter upon all his rants has refused to pay off his debt of GH¢10,000 after purchasing air conditioners from one of his shops in Accra some 3 years ago.

"But, as I listened to him today, he committed a blunder. He said if someone goes for a loan, he must pay it back to be able to take another loan. Captain Smart, you came for my air conditions 3 years ago but up till now you still owe  GH¢10,000. What moral right do you have to even criticize somebody that when he borrows money he doesn't pay back. Go to Super K and pay.

"I called my engineer today to find out if Captain Smart has finished paying his debt but for 3 years now, he still owes  GH¢10,000. But you are out there bragging that when you go for a loan you need to pay so you can get another one. If you had paid back, the money would have been doing some good business today. So please stop talking plenty since you are struggling to pay common GH¢10,000. You fucking cheap boy." He fired.