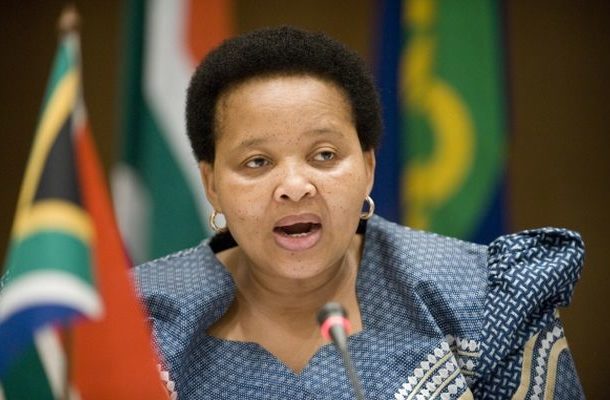 Lulu Xingwana is the SA High C’ssioner to Ghana

The South African High Commissioner to Ghana, Lulu Xingwana has dismissed assertions that the happenings in her home country is xenophobia.

According to her, the brutalities recorded in Johannesburg against foreign nationals in the past few days is a crime and that the incident has been misinterpreted.

“I’m asking you, if we have 60% women in our hospitals having babies, and so many children studying in our schools, talking about Universities and so on, If we’re Xenophobic why are we not chasing them away? Why are we not attacking the women in our hospitals who are sick and weak? Its just a blanket…I’m telling you is a crime. It’s criminals who are doing these things; those foreign criminals and South African criminals, that’s why I will not say is Xenophobia,” she said on Starr Today on Starr FM Wednesday.

“This starts from poverty. That’s why I say its crime, it’s poverty, in Ghana in South Africa, in Zimbabwe, in Nigeria everywhere. And then people will leave these countries and any other countries and think they can find something in South Africa. And if they don’t find it, then crime comes in.”

She charged “We have a responsibility, all of us to create jobs and opportunities for our people and not look at one country to do it.”