Happy to see my Asamoah Gyan after 17 years - Mariano Barreto 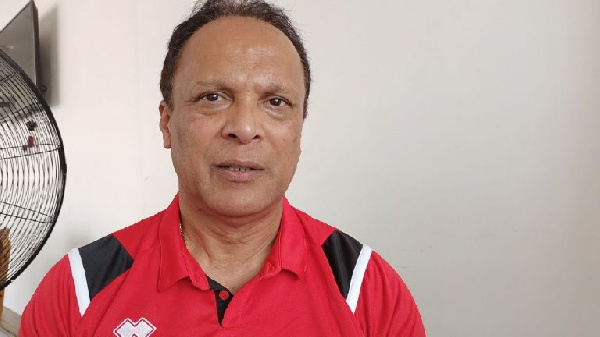 Former Black Stars coach now Kotoko trainer was filled with nostalgia when he met Asamoah Gyan for the first time in 17 years during their time together with the Black Stars.

Asamoah Gyan was part of the Black Meteors squad Barreto sent to the Athens 2004 Olympic Games alongside the likes of Sulley Muntari, John Mensah, William Tiero, Baffour Gyan and Stephen Appiah among others.

Kotoko won the game by a lone goal scored by Augustine Okraj after touching home a Fabio Gama free kick in the 13th minute.

Speaking during the post match, Barreto was happy to have met his former prodigy after 17 years.

“Very happy to see my Asamoah Gyan, young boy I brought him 17 years ago into the national team. He is a little fat but still a fantastic player and I wish him all the best” he said after the game.