Has Ghana made pragmatic preparations for the October rains? 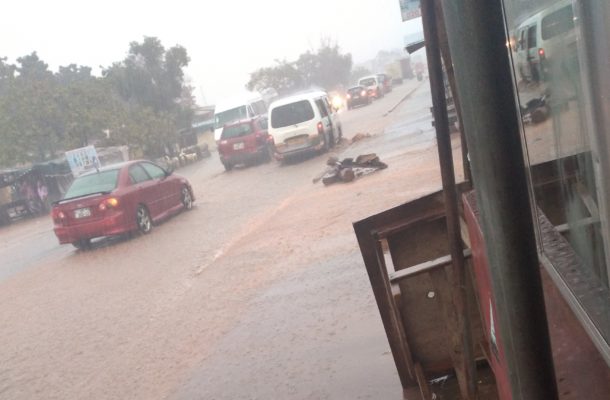 The incessant rains on the 10th of October, 2020 caused massive flooding on the roads of New Tulaku as a result of the plastic waste which choked the gutters.

In the early hours of dawn, around 4:00 am, the Saturday rain began. It seemed to be a  continuation of the rains that poured down on Friday afternoon. The thunder and lightning that followed invariably made a lot of people question whether God was angry with the country.

Ever since the June 3rd Disaster, measures have been put in place to prevent such an occurrence again but could we say these measures were now waning?

The over flooded gutters jeopardized not only the cars on the road but human life as well. A man from New Tulaku was witnessed as falling into the gutter twice on a role. The first, was when he alighted from the passenger car and next was when he tried crossing the flooded road. 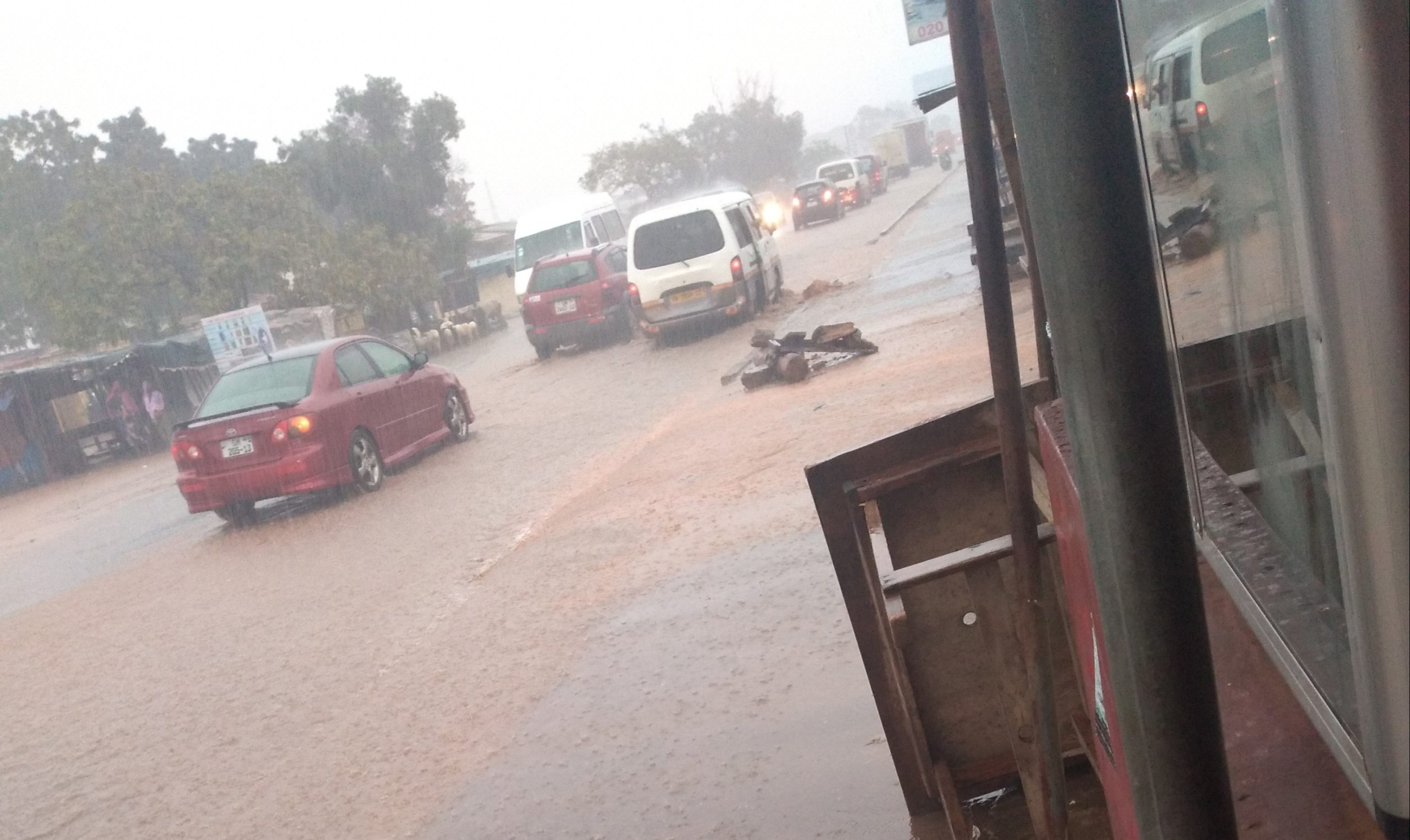 He fractured his knee on his second fall but that is a medical cost he would have to incur on his own since the eyewitnesses made comments such as, “He should have been careful and taken a closer look at the flooded gutter,” and “Couldn’t he discern that that was where the gutter used to be?” This man was wrongly chastised for not seeing an inconspicuous gutter.

Kwame, who was the owner of a sneakers shop just on the edge of the road, was seen removing the plastic waste from the choked gutters during the heavy outpour at around 7:00 am. When he was interviewed he remarked, “I had to take out the plastic water sachets, bottles and rubbers because of the pungent smell they give off if they are left there after the heavy rains.” 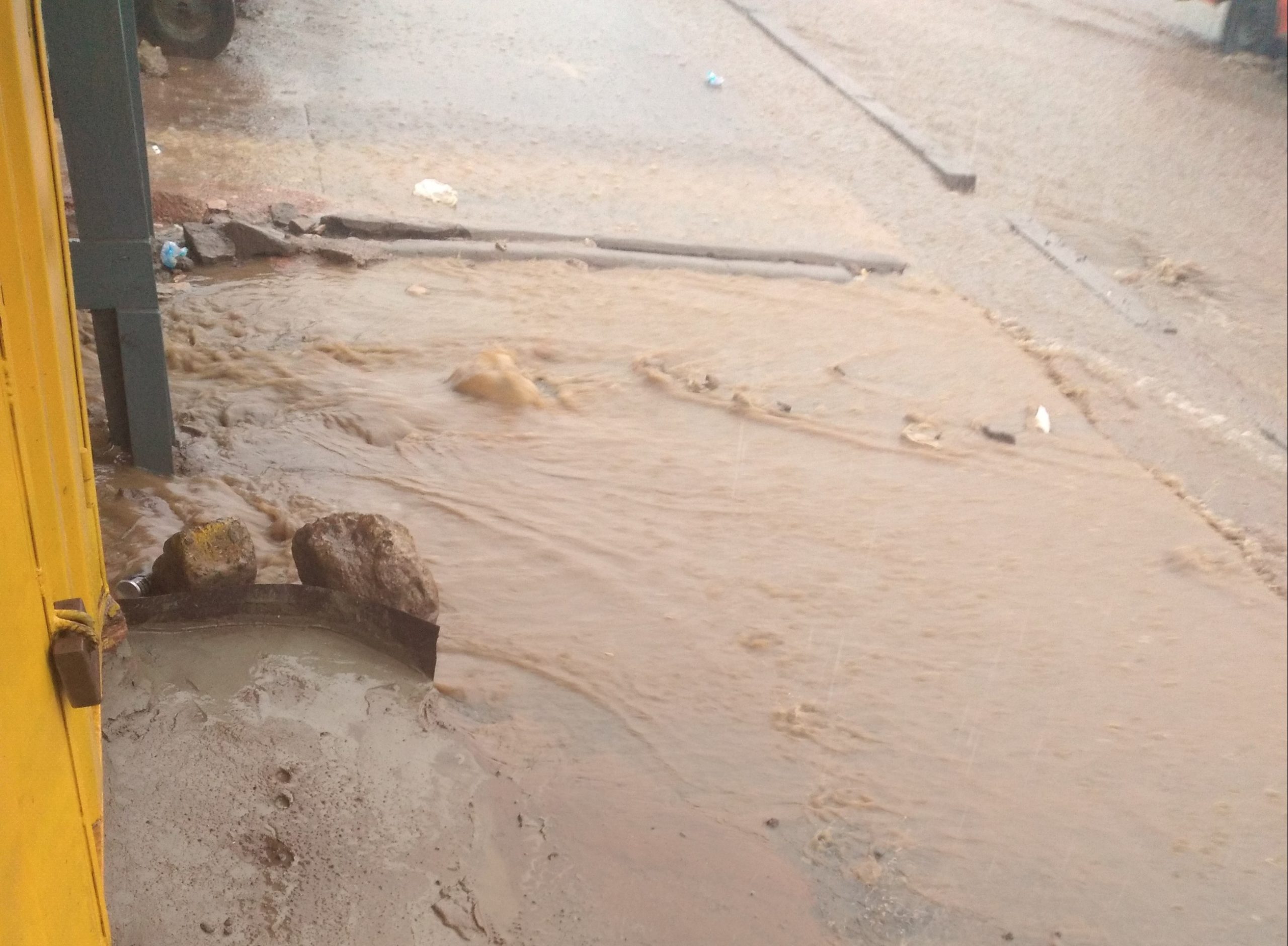 The rains continued till around 11:00 am when it gradually subsided to a drizzle then it finally stopped all together. The rains purge New Tulaku of the dirt that plague it consistently.

Therefore, the proper maintenance of these gutters is key for this successful task of the rains.

This incident is just one in a million in all the environs of the Greater Accra Region. Plastic waste is a menace which needs to be critically looked at, however, it seems as though it has not given the maximum attention.

Flooding has therefore become an annual ritual Ghanaians seem to
have been christened with after the futile efforts of the National Sanitation day.