Has your love for Nana Addo taken you to the moon? - Manasseh shades critic 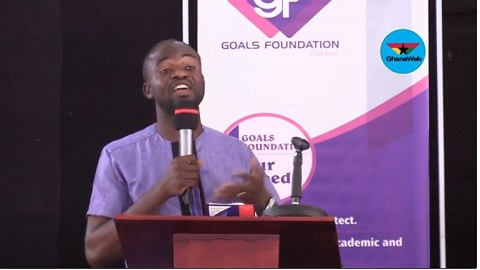 "Where has your love for him taken you? To the moon?"

Just after Chelsea had picked a two-nill win over Real Madrid in a UEFA Champions League match Wednesday night, the award-winning investigative journalist took to his Facebook page to take a swipe at President Akufo-Addo over how Ghana is being ruled under his watch.

He wrote, "Ghana is like Chelsea in the hands of Lampard. If we get a Tuchel, we'll do well. #fixthecountrynow". His remarks literally means Ghana is underperforming with Akufo-Addo as its leader and that the country will do well when it finds a new President.

In reaction, one of his followers, Abdul Wahab fired that he [Manasseh] will not succeed in anyway with his intense dislike towards the President.

"Your hatred for Nana Addo wouldn't take u anywhere," he rebutted.

But, Manasseh Azure fired back and questioned whether or not Wahab has achieved something good for loving Nana Akufo-Addo.

"Where has your love for him taken you? To the moon?," he fired back.

This comes at a time some Ghanaian social media users have launched a campaign to get the Akufo-Addo-led government act swiftly to getting the economy back on the track. 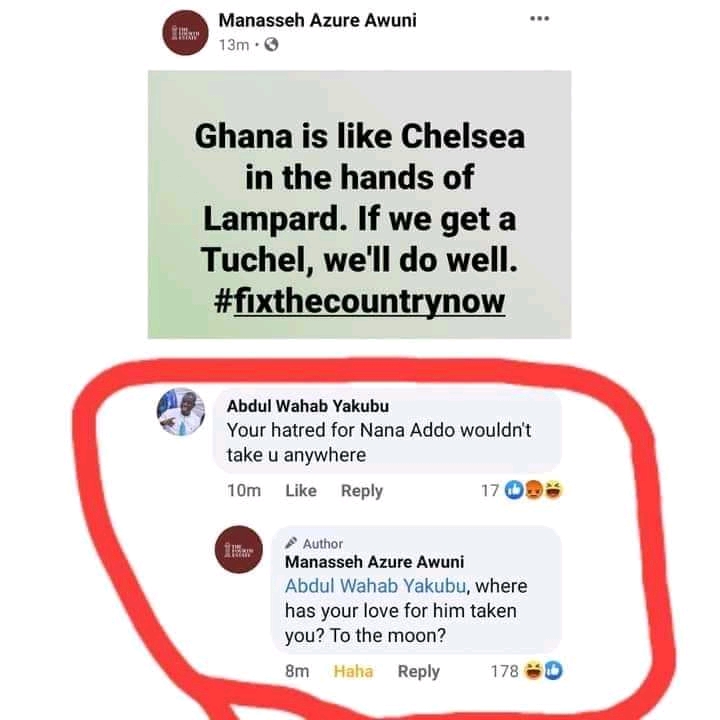