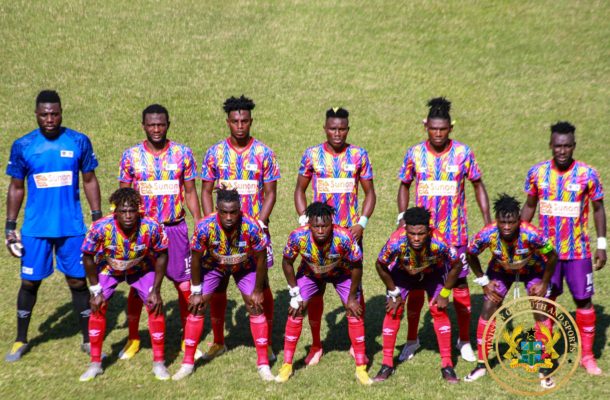 Former Hearts of Oak captain Yaw Amakwah Mireku is still very hopeful that his former side can mount a fierce title challenge to retain the league title they won last season.

The phobians won the league and MTN FA Cup title comfortably last season but have struggles to replicate that same form and hunger this season.

According to Amankwah Mireku, Hearts of Oak can still reclaim the league title as their squad is good enough to mount a title defence.

"What will shock and pain me is Hearts of Oak failing to retain the league title because the players that won last season's league, most of them are still part of the team. So if we are talking about the league, which team has more consistency than Hearts of Oak? So they have to win the league", he said in an interview.

“In 2000 it was the same case that made us win the league consecutively because the core of the team was around. So, I see Hearts of Oak having their first 11 still available hence I don't see why they can't win the league".

"If they don't win the league, I will be surprised and I will be deeply shocked. Now that the foundation has been firm and there is the consistency they must win retain the league trophy", he added.

The phobians will on Sunday play against AshantiGold SC in Obuasi in their match day 4 clash.