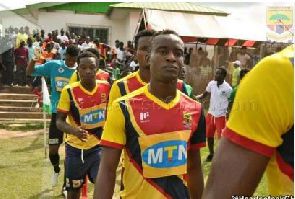 Hearts of Oak left back Isaac Oduro has dismissed reports that he has been shown the exit door at the club.

But Oduro spoke to Kumasi-based Akoma FM and squashed those reports.

''I heard this list this morning and I called the secretariat to verify but they told me It’s not true but they will put players on transfer list which is not out yet,'' he said.

''I'm still nursing my injury and I’ll be meeting the doctor next week finally to see the situation now after that I’ll be moving to Kumasi.''