Hearts of Oak completes the signing of winger Patrick Razak 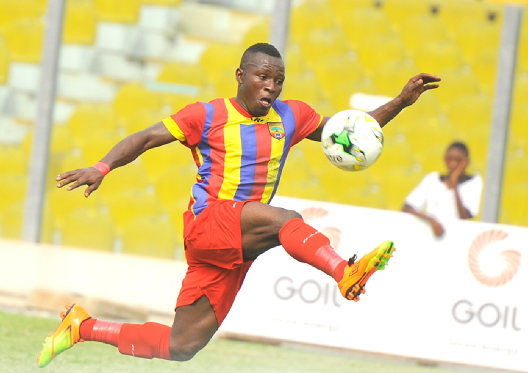 Ghana Premier League giants Accra Hearts of Oak have completed the signing of winger Patrick Razak on a three year deal ahead of the start of the 2020/2021 season.

The pacy winger is making his second stint with the club after leaving Hearts for Horoya AC in 2017 after the WAFU Zone B tournament where he starred for Ghana.

Razak who had his contract with the Guinean side terminated by mutual consent is making a return to his old stomping grounds.

The player has been training with the club the last few weeks with the hopes of landing a deal with them and he has been rewarded with a three year deal.

He made just four appearances for Horoya AC in his last season before his contract was eventually terminated after injuries and poor form sidelined him.

His signing comes a breathe of fresh air to the club's supporters as they have lost last season's top scorer Kofi Kordzi and Joseph Esso and are yet to replace them.

Hearts open their season with an away game against Aduana Stars at the Nana Agyemang Badu Park in Dormaa.