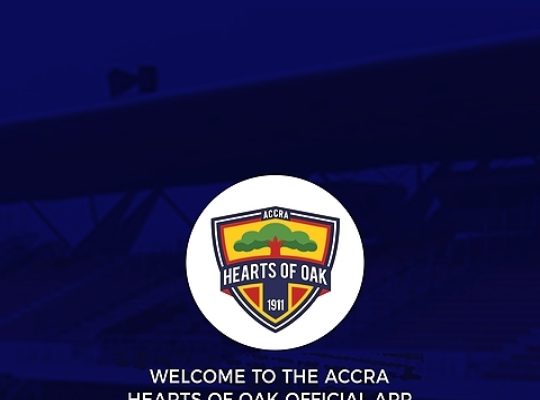 Ghana Premier League Champions Accra Hearts of Oak have launched a new mobile app the which is available on the google play for download.

It comes just 4 days few days after the club announced it at its anniversary and jersey launch and just a day after Kick-starting it's champions League campaign.

Supporters of the club will be enjoying more updates and teams news on the app wherever they are.

The app is a major step forward in the club's development and one that recognises the importance of mobile, right now and in the future.

It will grant passionate fans of the club easy access to first-hand information about the team.

The core feature set of the Android app remains consistent with iOS.

A whole new updates which includes fixtures, results and live scores for each competition and league.

It  aims at providing the best of Club news wherever fans find themselves. The main features of the app are:

• Top stories and breaking news from a range of reports, including live text commentaries from all the big events of the team.

• In-depth football coverage, including: a new live scores section; tables, fixtures and results searchable by any day of the season; plus ransfer stories.