Hearts supporters name Ibrahim Salifu as Player of the Month May 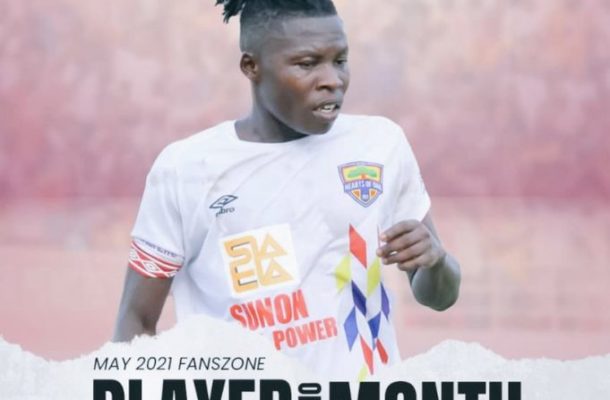 A Hearst of Oak group named FanZone have named mercurial midfield maestro Salifu Ibrahim as the club's Player of the Month for May.
The player was in an inspired form during the month under review in the Ghana Premier League.

He has been a shinning star in the club's push for the league title as in the month of May he scored against Bechem United to help the phobians to a first win in seven years at Bechem while he also provided two assists in the month.

Hearts have gone five games without defeat in the month of May with the player a key figure in the good spell of form.

Following his breath taking displays, the Hearts fan group have voted the former Techiman Eleven Wonders midfielder as the player for the month May.